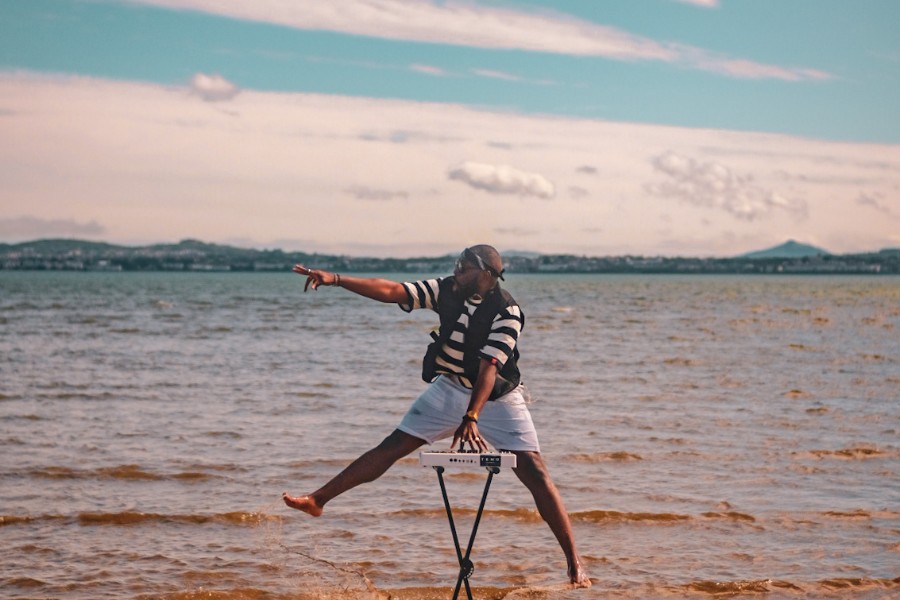 Influential Dublin-based producer and artist Chris Kabs releases his first single from his long-anticipated Album titled ‘Therapy’. As a producer Chris has accomplished major success such as producing JyellowL’s single ‘Ozone’ which appeared on the Fifa 20 soundtrack, he has also produced for the likes of current X Factor star Sia Babez and well known Irish group Tebi Rex. As an artist, Chris has described himself as ‘experimental’ as he takes inspiration from the likes of Wyclef Jean, Labrinth and even Drake. His debut album experiments with a unique combination of styles of Pop-R&B, Hip hop, Afro-pop and Afrobeat.

‘Fly Away’ is the first single to be released from the album which was produced, mixed and mastered by Chris himself. The soul song is uplifting and encouraging as it urges the listener to be confident and open the window and let all their worries ‘fly away’. It is a positive message portraying a message of no matter how bad the day before was, today is a new day.

Kab’s dynamic, multifaceted style of music can be accredited to having spent time living in many countries such as France and The Ivory Coast; he speaks English, Swedish, French and Lingala and has written music in three of the four languages. Having grown up performing in the church, elements of Chris’ gospel background are evident from his inspiring and positive lyrical content paired with uplifting and radiant sounds really giving a summer feeling to the 11 tracks. Kabs explains “I want to put whatever I am going through into my music so that my fans can share in the different emotions that I go through. A lot of the music on the album is about spreading positivity and is overall uplifting the listener.” as he explains through his ‘Fly Away’ lyrics; ‘we live day by day, don’t let the future stress you out. Open your window now and let your worries fly away’. His music is an expression of his life experiences, Kabs explains “I was married and had a big wedding and walked away the day after. Parts of this album are based around the experience that can lead to that type of action.”

With many of his production credits doing well outside of Ireland, Kabs is now gaining attention from rubbing shoulders with international artists such as Khalid and Post Malone. He was scheduled to support international rap star Coolio in April which was unfortunately cancelled due to the COVID-19 outbreak.