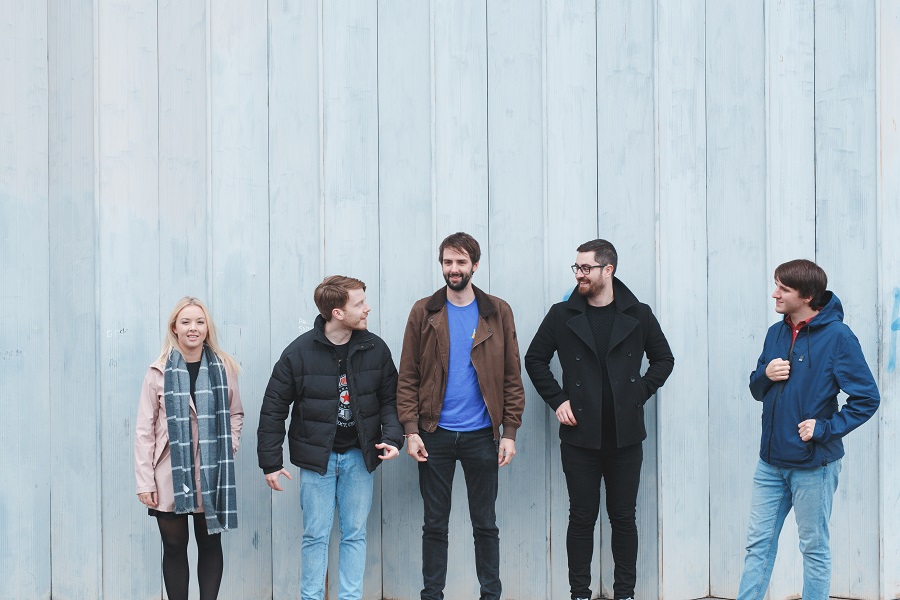 Silverbacks return with their new single ‘Pink Tide’, released on Thursday 16th May. Continuing their fruitful studio partnership with Girl Band’s Daniel Fox, with ‘Pink Tide’ they lay waste to easy pigeonholing and strike out on their own, furrowing a path laced with deadpan humour and some sick twin lead guitar lines. The band are performing in London tonight, May 16th, at the Bermondsey Social Club with support from GURU and Super Paradise.

Musically, it was described by Stereogum as having “a cruising, catchy verse, and in a way it sets you up for the surprise of the chorus, a sardonic post-punk burst disrupting the seemingly laidback music that surrounded it.“.

Silverbacks’ Daniel O’Kelly says the origins of the track came from “another demo, poorly named ‘Mark E. Smith Eats His Purple Crayon’. In the end we realised that the riff deserved better, and we started writing what eventually became Pink Tide.”.L

While no less frenetic than their previous barnburners ‘Dunkirk’ and ‘Just In The Band’, ‘Pink Tide’ is an altogether more considered affair. Over a steady chug, vocalist Daniel O’Kelly doles out tales of a slow unravelling of fashionable and futile revolutions in a land drowning in pomp and circumstance. In keeping with the spirit of the band, interlocking guitars hook the audience in for the chorus. “Make way for the guards!” he shouts, in mock reverence for time honoured traditions, followed immediately with a derisive “They’re nothing to me”. The spark that threatens to ignite throughout the duration of tune finally catches fire as Peadar Kearney and Kilian O’Kelly’s guitars lock horns over a kinetic backbeat to drive the song home.

After garnering support from the likes of NME, Paste, BBC 6Music’s Steve Lamacq and more for their previous output and recently completing sessions for their debut album, the stage is set for Silverbacks to make their break out of their homeland and bring their inimitable brand of sinewy, groove flecked rock ‘n’ roll further afield.