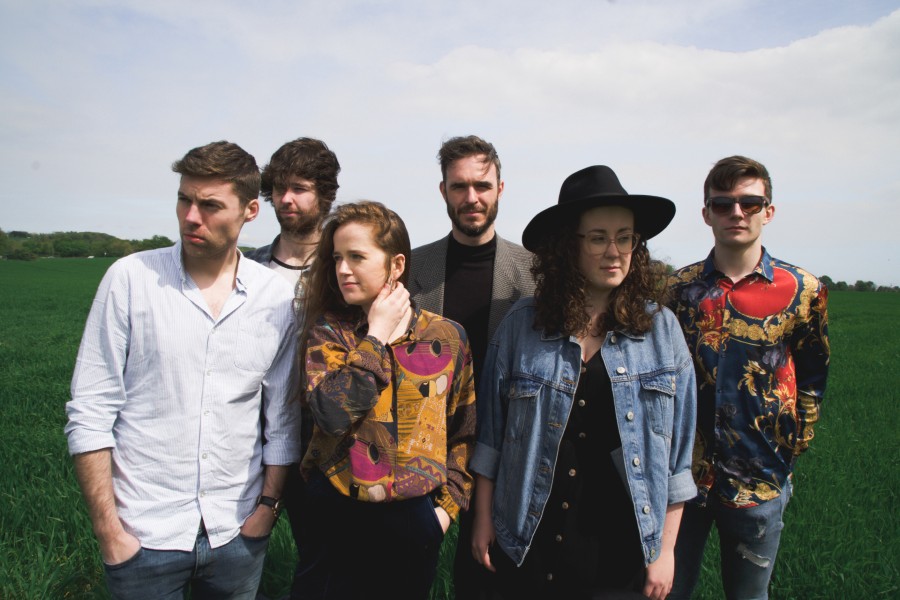 Almost a year after their last release, Orwells ’84 have returned, bringing their familiar indie folk sound to fans with the release of their long awaited follow up single, ‘On The Road’. The EP ‘Truth Is The First Victim’ was a debut for the band, who have released three previous singles prior to the EP launch.

The band recorded most of ‘Truth Is The First Victim’ in Sun Studios in Dublin with Pauric McCrum and Peter McCoy of Pillowhead. This is the band’s second venture with the duo; having worked together previously on the single ‘Cailín.

‘On The Road’  is 1 of 5 tracks that were all written by the band and included on the digital release. The have coincided the release with a special edition vinyl with a bonus track ‘The Marriage Of Heaven And Hell’ also.

The band have collaborated again with Tim Sherwood of Hunting Hall to reproduce the success of ‘Cailín’ with an equally artistic take on the music video with their new single. The band look to continue to cultivate a sound and image unique to the music scene and this is another step in that direction.

About the EP itself the press release at the time said that since releasing ‘Cailín’, Orwells ’84’s folk-indie style remains present yet matured, with a more refined world-view. “We’ve definitely developed the overall sound of the band massively in the last two years I’ve been a part of it,” says cellist and backing vocalist, Ella. “One thing I really enjoy is the openness of everyone involved in making the music. It’s always been a huge collaborative effort and I think that really shows in this EP.”

And while each song varies in timbre, they’re all originals and all circle back to one overarching theme. “The songs deal with the simplistic human experience. Love, loss, life, equality; basic things we take for granted and therefore, we gravitate towards them,” says frontman, Damien. “There are themes in the songs, are they set in stone? No, because it’s only my vocalisation of how I perceive these things. Everyone can take anything they want from them. The words and music belong to anyone who wants to share the experience with us.”

Pauric, one half of Pillowhead has high hopes for the success of this EP. He says, “I feel like the band is starting to gel more with this release; not only has our sound progressed since ‘Cailín’, but it’s expanded too. Lots of work has gone into honing a fresh sound that we’re all eager for people to hear.”

Like many others in the Dundalk music scene, Orwells ’84 are adding their unique musical voice to the world with something new and exciting to say. They’ve performed with people like David Keenan, Nix Moon, Myles McCormack from Belfast group Lonesome George and Finnian, among others. And while the band are often labelled with some form of the words ‘indie’ and ‘folk’, their style meets at the junction of many different genres. There’s something about Orwells ’84 that is indescribably different — and with their newest project, they’ve discovered what most musicians spend lifetimes working for — the place where feel-good music meets vital social commentary.