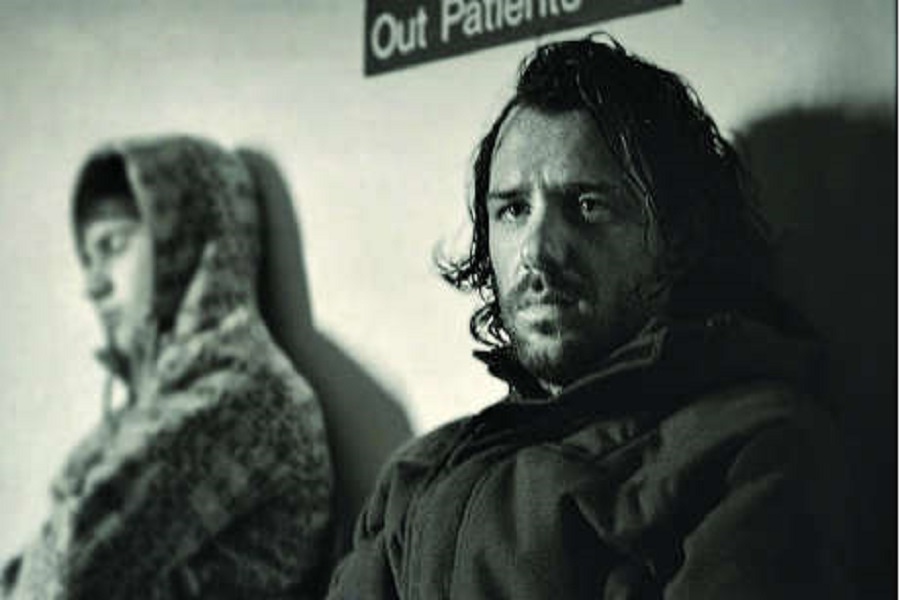 Wabi-Sabi Soul is the title of Dylan Tighe’s second album due for release on April 15th, but it also serves as an apt description of the sound, and spirit, of the Dubliner’s new album.

Produced by Dylan Tighe and Sean Coleman, Wabi-Sabi Soul is Dylan’s vision in deeply personal song and lyrics of how the tenets of ‘wabi-sabi’ – a Japanese world view or aesthetic centered on the acceptance of transience and imperfection – can be applied to the search for his personal re-birth. The album will be available as a digital download exclusively from dylantighe.bandcamp.com, price €10.

While Dylan’s moving debut release ‘Record’ in 2014 sought to “reclaim and re-frame” his experience of mental health challenges, Wabi-Sabi Soul is an uplifting, philosophical and at times tongue-in-cheek album about dealing with love, death, and re-birth by embracing, and finding beauty in, imperfection and transience.“Fuck perfection as an ideal/ don’t think just feel/ I’m jaded/ of being anybody other than myself” – these lines from the track ‘Fuck perfection’ sum up Dylan’s defiant new philosophy of life and to the creation of this new album, the core of which was recorded over 4 days, as opposed to the 4 year sporadic recording of his debut.

With the one-track gapless mix, Dylan invites the listener to experience this 13 song-cycle as variations on and intersections of 3 fundamental life questions – love, death and re-birth – and Dylan’s reckoning with these themes. The album begins with death and ends with re-birth – ‘Ducasse (for my grandmother)’ a meditation on the death of Dylan’s granny which poignantly opens the album, and closes with ‘Northern Soul’ a powerful manifesto of re-birth.

“With this album I wanted to embrace my own imperfections, come to terms with and celebrate my own ‘Wabi-Sabi Soul’ and to create a new sound for this new departure”. Dylan channels a range of influences including Curtis Mayfield, the tropical dub of Lee Scratch Perry & the existential Brazilian soul of Tim Maia, while getting back to his roots as a formidable, eloquent lead guitar player taking influence from Hendrix and BB King, as well as summoning the 80’s sounds of his childhood via his Casio MT-140 keyboard, which Dylan found in his wardrobe & on which he wrote some of the albums songs. His wry and literary lyrics draw inspiration from figures such as John Lennon, Bill Callahan and Leonard Cohen, as well as from poets such as Michael Hartnett.

The album also embraces the beauty of the artefacts inherent to analogue tape and the subtle imperfections which arise from recording ‘live’ and which give the album its force and buoyancy. Over half the tracks retain the original vocal take. The core of the album – the guitar, voice and Casio keyboard of Dylan Tighe, the Sax and bass clarinet of Seán Mac Erlaine, and the drums of Conor Murray, were recorded live to analogue tape in Orphan Recording Studio with engineer and co-producer Sean Coleman. Digital overdubs, and analogue tape effects were added, echoing the album’s essence of the re-purposing of the past for a new future. The recording was augmented with the legendary bass of veteran musician Garvan Gallagher, the rhodes, wurlitzer and hammond of jazz keyboardist Darragh O’Kelly and the pedal steel of Travis Lyon. (For full album credits, song-titles and lyrics see www.dylantighe.bandcamp.com)

The album features samples from the voice of Henry Miller, the 1979 Irish mass of Pope John Paul II, and opening the album, Samuel Beckett on gong. The gapless mix (reminiscent of classic gapless albums such as Dark Side of the Moon, but going even further by not making tracks extractable individually) & careful sequencing of the album offers a formal parallel for the interlinking of the albums themes. “I wanted to resist the conventional digital disruption of the album form & invite people to experience the album as I intend it – as a cohesive body of work”.

While the release of the album as a one-track gapless mix of 13 songs pushes the boundaries of how an album is presented, Dylan will also create 2 experimental and immersive World- Premiere events which further expand and enhance how songs and lyrics are experienced. The album will be launched alongside both an exclusive 5.1 surround sound Listening event with lyrics in 3D in the Lighthouse Cinema on April 26th at 7.30pm and a Live Headphones concert in the main of library DLR Lexicon on April 29th at 8pm – more details on both events to be announced shortly.

The development of the album and the World Premiere events have been funded through a bursary and music project award from the Arts Council of Ireland.