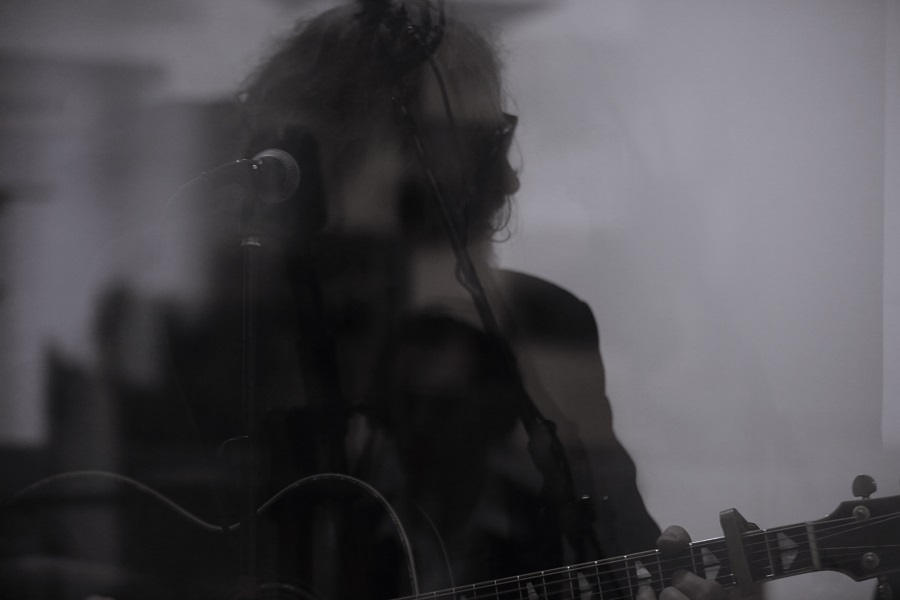 Ed McGinley—one-time songwriter, singer and guitarist with late 80s / early 90s contenders, The Dixons, steps out from his recent role as leader of The Winters to present a new collection of songs produced and played with deftness and versatility. This new release, ‘Tangled Roots & Twisted Tales’, has been described as, “exquisite lyrics sung with a plaintive eloquence,” and given the ‘Marty Recommends…’ on Marty Whelan’s RTE Lyric FM morning show.

With Ed’s voice and writing to the fore the album has a yearning quality, moving seamlessly back and forth across the Atlantic and from the hills to the city, supported all the way by the talent of his chosen players. It comes as no surprise that ‘Big Pink’ might be a favourite of the album’s creator. As well as his own songs, yet within Ed’s own style, the album highlights insightful renditions of ‘I’m So Lonesome I Could Cry’ by Hank Williams, ‘Shiloh Town’ by Tim Hardin and ‘Cannon’s Plain’ by lost London legend, Bill Fay.

Ed, life-long musician and graphic designer, was a member of the all-time fashionable late 80s / 90s band The Dixons with Alan Montgomery, Joey Pleass and Niall Toner Jr. They’ve been described as, “one of the innovators in the move towards country rock, folk and acoustic rock sounds in the late 1980s.”

More recently, in addition to his work with The Winters—their 2014 release ‘Riches’, was written and recorded with Lorraine McColgan, and also produced with Les Keye at Arad Studios—he plays guitar with Eileen Gogan & the Instructions and spent a couple of years playing pedal steel guitar with Eamonn Dowd & The Racketeers and regularly plays with Lynda Lucas.