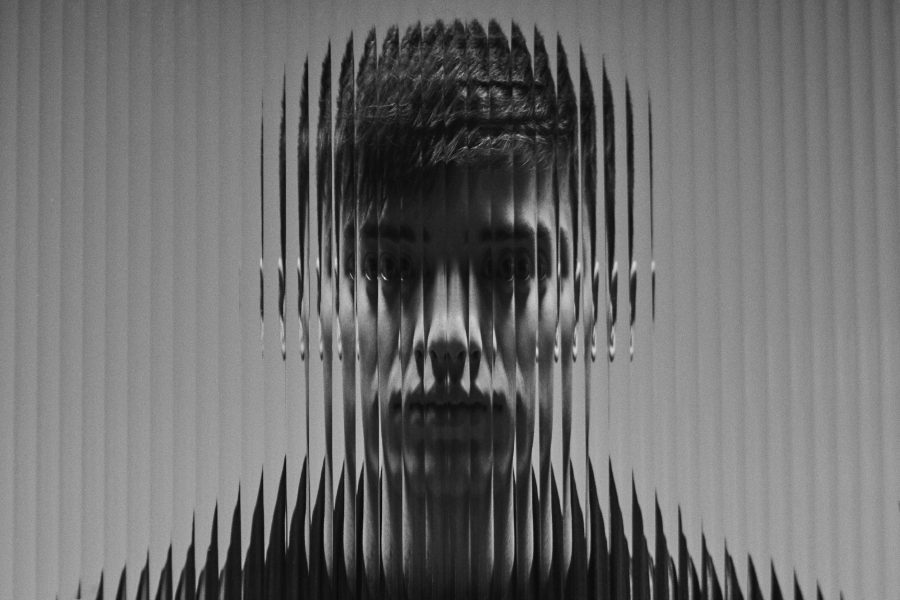 “The intro and outro to this song are some of the oldest pieces of music on the album; they were just pieces I’d play on guitar and sing years ago,” says EDEN of the track. “For some reason, I could never find a way to make the song feel complete; nothing I put in the middle ever felt like it worked. Fast forward to 2017 while I was living in New York and late-night freestyling through the thoughts echoing round my head; suddenly everything clicked and the rest of ‘crash’ just flowed out of me. Much like the album itself, it was so cathartic to finish an idea that I had held onto for so long and to finally be in a place to translate that idea into music.”

A jack-of-all-trades who writes, plays, and produces his own music and plays multiple instruments onstage, EDEN will release his debut album, entitled ‘vertigo’, on January 19th, 2018, on Astralwerks. Fans can pre-order the album now at http://ftrbnd.co/vertigoshop. Upon announcing last month that he will hit the road on his headlining vertigo world tour beginning in the U.S. on March 1st, 2018 to support the release, the 21-year-old musician not only sold out shows in Dallas, Chicago, New York and more almost immediately, but also added additional dates and upgraded venue sizes in over ten cities due to high demand. Tickets are on sale now at http://iameden.eu/tour. All dates can be found here.

In addition to announcing his tour last month, EDEN recently premiered the video for his single “gold,” which was directed by Zhang + Knight and filmed in Suffolk, U.K. – watch it HERE. Pigeons & Planes declares, “‘gold’ showcases (his) songwriting skills and forward-thinking arrangement choices, and it’s an exciting look at an artist poised for a breakthrough year…EDEN is set to have a big 2018. Get familiar.” The single, which flew to No. 10 on Spotify’s Global Viral Chart upon release and has over 2 million Spotify streams to date, comes on the heels of EDEN’s previous track “start//end,” which Billboard calls, “striking… a nostalgically cast reflection on youth and all-too-relatable feelings of desperation and hope-there’s a secret depth to (EDEN’s) sound.” The song has over 2 million plays on Spotify and Ng shot the official video in London, Tokyo, Seoul, Los Angeles, New York, Belgium, and around his home in Dublin. The video, which Ng directed, filmed, and edited himself, trended on YouTube and has now amassed over 1.4 million views, thanks to support from EDEN’s devoted fan base – watch it HERE.

On his 2016 breakthrough EP i think you think too much of me, EDEN struck a rare balance of ingenuity and intuition with its guitar-heavy take on electronic pop. With vertigo, he takes an even more instinct-driven approach to his music, a process he perceives as a form of exploration. “Even when I’m writing, I don’t feel like I’m actually creating anything,” he says. “It’s more like I’m uncovering something that’s already there. Like how an archaeologist doesn’t create a fossil – they’re just finding it and uncovering it, and maybe rearranging it if it’s broken. Releasing this body of work is terrifying and exciting and overwhelming for me. A lot of it is so personal. This album is not a coming-of-age story, but it caused one.”

The lead single from i think you think too much of me, “sex,” was praised by Lorde and was hailed by Consequence of Sound as a “vulnerable synth-tinted pop track that’s about so much more than what’s happening between the sheets.” Racking up over 90 million streams on Spotify to date, EDEN’s i think you think too much of me EP hit No. 1 on the iTunes Alternative Chart, and No. 2 on Billboard’s Heatseeker chart. From the bedroom of his childhood home, Ng initially began to cultivate a large online following and made his EP debut with End Credits in August 2015. Despite making no effort to promote it, he soon found the work gaining major attention – ultimately amassing more than 145 million streams combined across his two EPs. EDEN’s first U.S. tour sold out immediately and he spent the summer performing at major U.S. music festivals including Governors Ball, Bonnaroo and Firefly. He also performed at the Reading and Leeds festivals in the UK and Fuji Rock in Japan.