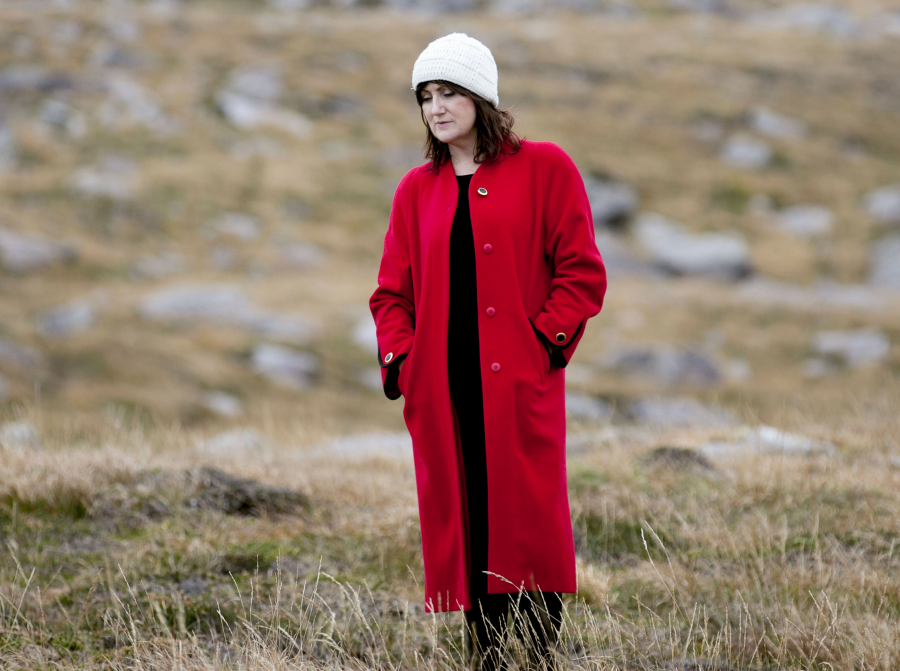 “Westward”, the new CD by Éilís Kennedy is a product of life on the Atlantic fringe, with songs in English and Irish inspired by famous musical nights in Dingle and beyond. Having travelled to the west coast of California to record with Grammy Award winning guitarist William Coulter, this album reflects where Éilís is at now, as an artist. Featuring traditional and contemporary songs and in a new departure for Kennedy, two self-penned originals, referencing her own distinct place and people.

Baile an Mhúraigh is at the edge of Europe, the most westerly tip of the Dingle Peninsula in County Kerry. It’s a place that lies between the wild grandeur of Mount Brandon and the booming Atlantic Ocean. It is here that Éilís Kennedy’s parents transmitted to her a lifelong interest in poetry and song. At home, both music and the Gaelic language were part of everyday life, a happy fact reflected on this beautiful new recording Westward. She has been fortunate to have had the opportunity to listen to many of the finest exponents of song in her locality and she has absorbed all that resonates within that vibrant Gaeltacht tradition, yet it is the emotions and stories associated with singing that have informed her love of song.

John Benny’s pub in Dingle, famed for its all night singing sessions, just so happens to have Éilís as its Bean a’ Tí or Woman of the House and Éilís and her husband John Benny are renowned for inviting Ireland’s finest artists to perform here. It is through immersion with this melting pot of musicians and singers that have passed through Dingle and settled in the area, that Éilís was first encouraged to record. She released to great critical acclaim two solo CDs Time to Sail in 2001 and One Sweet Kiss in 2005. In 2007, alongside Rita Connolly, Seamus Begley, Jim Murray, Eoin Ó Beaglaoich & Dáithí Ó Sé, she was part of Béal Tuinne, a 15 song cycle, based on her own father, Caoimhín Ó Cinnéide’s poems and set to original music by world renowned composer Shaun Davey (Brendan Voyage, The Relief of Derry Symphony). In 2009 she formed Lumiere with Pauline Scanlon, on discovering a shared interest in and love of song and on enjoying the new experience of duo singing. They released 2 albums, Lumiere and My Dearest Dear, and have toured Ireland, Australia, the USA and Europe. They have done much to bring the songs of Ireland to a wider audience and have received huge praise for their spirited performances worldwide in places such as Carnegie Hall in New York and The Barbican in London.

For this record Éilís has taken to the pen for the first time. ‘The Flannel Red’ tells a personal tale of superstition from the Great Blasket Islands. ‘Highway Mack’ references the currently relevant issue of homelessness. These new songs sit alongside fresh interpretations of classics such as ‘John O’Dreams’ and less well known gems such as ‘An tÚll’ and ‘Pé in Eirinn Í’.

“This cd reflects some of my musical travels in the last 20 years and, for the first time, some original songs of my own. Now that I am older, with more time, I have the freedom to spend time writing as well as learning new songs. The people with whom I have developed my music over the years also feature here, and I recorded it outside Ireland to bring that perspective that being away from the familiar can bring. For me there is a sense of the past from my own family, and also a glimpse of the new. I had strong ideas of sound and also the look of the booklet and photographs which years of recording and performing have given me in a sense an independence.” Éilís Kennedy

“Éilís Kennedy makes a welcome return as a solo artist, and her third album Westward is a fresh-faced, wide-horizoned beauty. Debuting as a songwriter, Kennedy’s late vocation reveals that her finely tuned ears are matched by an equally poised pen.” **** The Irish Times