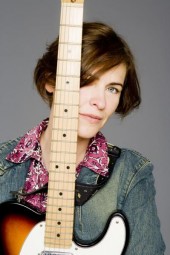 4 nights in The Olympia Theatre Dublin

MOSCODISC is pleased to announce the February 17th 2012 release of Eleanor McEvoy’s new single Harbour, originally featured on Eleanor’s 2010 album I’d Rather Go Blonde. Harbour is the follow-up single to 2011’s You’ll Hear Better Songs (Than This), taken from McEvoy’s critically acclaimed 2011 album, Alone.
Fresh from her 4th December 2011 guest appearance on BBC Radio 2’s Weekend Wogan (where she performed You’ll Hear Better Songs and a haunting interpretation of Cyndi Lauper’s True Colors), Eleanor will embark on a series of UK concerts in January, including the Song For Ireland at Celtic Connections festival, Glasgow before returning home to play at the Belfast Nashville Songwriters Festival and Songwriting Convention with Nanci Griffith. She also plays a four night stint for the ‘A Woman’s Heart 20th Anniversary’ Live shows in The Olympia Theatre, Dublin from 29th February to 3rd March, 2012. Tickets on sale from here .

Harbour is one of McEvoy’s more current songs written with a similar panache and style to A Womans heart. It is a simple love song about not wanting to face life and wanting so much for someone to make it all better – “Will you be a harbour? / At my shoulder / Always watching over / Try to hold me closer / Shelter me and shield me from the world”. It has been singled out on numerous reviews of the album it featured in ‘I’d Rather Go Blonde’ as having that sublime factor which is accredited to McEvoy’s unique songwriting abilities.

When it came time to record the Alone album, Eleanor headed to a studio tucked away in the Norfolk countryside. “In the converted barn, I stepped up to the microphone and sang my songs,” recalls Eleanor. “My state of mind wasn’t the brightest, but there was something about being in the studio with no agenda, deadline, or pressure, it just came out.”

The product of those tranquil sessions resulted in her current album Alone that includes incredibly haunting performances – up close, personal, and timeless. This is Eleanor McEvoy in her most intimate setting, running through the journey of her writing and singing career.

McEvoy is one of Ireland’s most accomplished female singer/songwriters. Her life as a musician began at the age of four. She has released albums on the Geffen and Columbia record labels and continues to tour the world over to her ever-increasing legion of fans.

Eleanor’s seductive and compelling Irish accent adds an emotional punch to her quirky, perceptive songs, ranging from love ballads and storytelling to ironic, amusing and all-consuming observations on the irony of everyday life. Respected as a fine multi-instrumentalist (violin, guitar, piano) in both traditional and contemporary music, she is best known for Only A Woman’s Heart, the title track of an anthology album that’s gone on to be the best selling recording in Irish chart history.

A Woman’s Heart celebrates its 20th anniversary in the guise of four consecutive nights of concerts at Dublin’s prestigious Olympia Theatre from 29th February to 3rd March, 2012.

Order the albums “Alone” and “I’d Rather Go Blonde” from Amazon.co.uk
http://www.amazon.com/Eleanor-McEvoy/dp/B000000P0Y