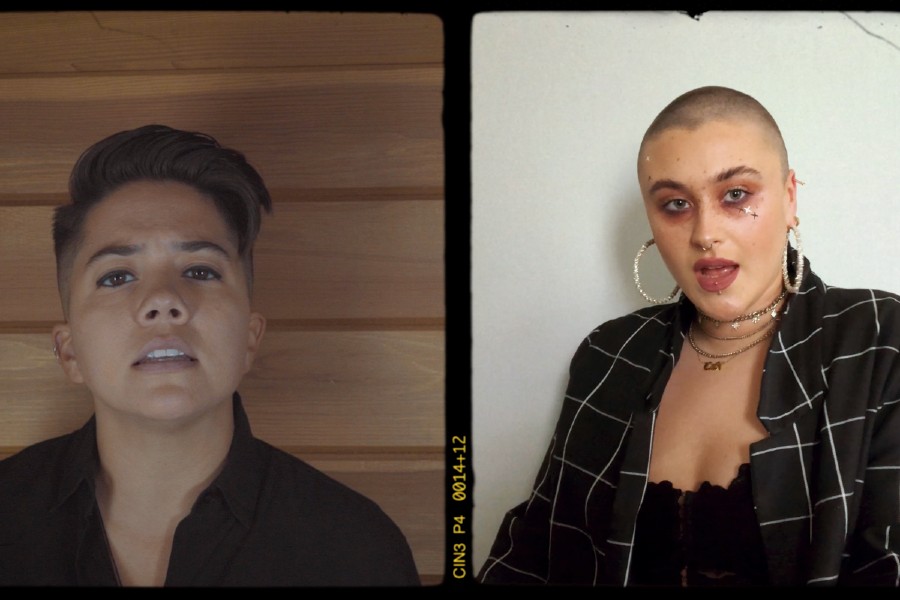 Singer/songwriter/rapper Elina Filice is set to release ‘First World Problems’, an innovative cover of a lesser-known song by Chance the Rapper.

While keeping the thoughtful hook, Elina re-wrote all of the verses in the original spoken word style to produce an honest and powerful piece. She flows effortlessly between the very personal and the very broad, speaking candidly about her journey, pursuing a creative life, as well as larger social issues.

She says, “The song is a critical reflection on the last few years, from leaving the comfort and structure of university to figuring out what to do with my life, the struggles of being an artist, searching for meaning, and trying to understand the world around me.”

Opening with a simple and emotive guitar loop, Elina’s voice is joined by hypnotic backing vocals from Dublin-based singer/songwriter Cat. As the lyrics grow in intensity, the song builds to an anthemic crescendo carried by a steady, work-song type beat.

The song is accompanied by a music video, featuring an impassioned performance by Elina. She says, “We wanted the video to be solemn and pensive. The video depicts me alone in the studio, to convey the idea that the following one’s dreams and passions, or even thinking critically about the world, is often a tough and lonely road.”

Elina Filice is gaining attention for songs that defy genre and interactive live performances. Her music is soulful and melodic while being influenced by blues and spoken word. Born to Canadian parents, Elina spent her formative years in Singapore before moving to Canada to attend university. She then relocated to Dublin where she founded Red Vine Records. Her 2020 releases ‘Thinking Of You’ and ‘Lying’ were met with critical acclaim by dozens of outlets as well as official Spotify playlists.