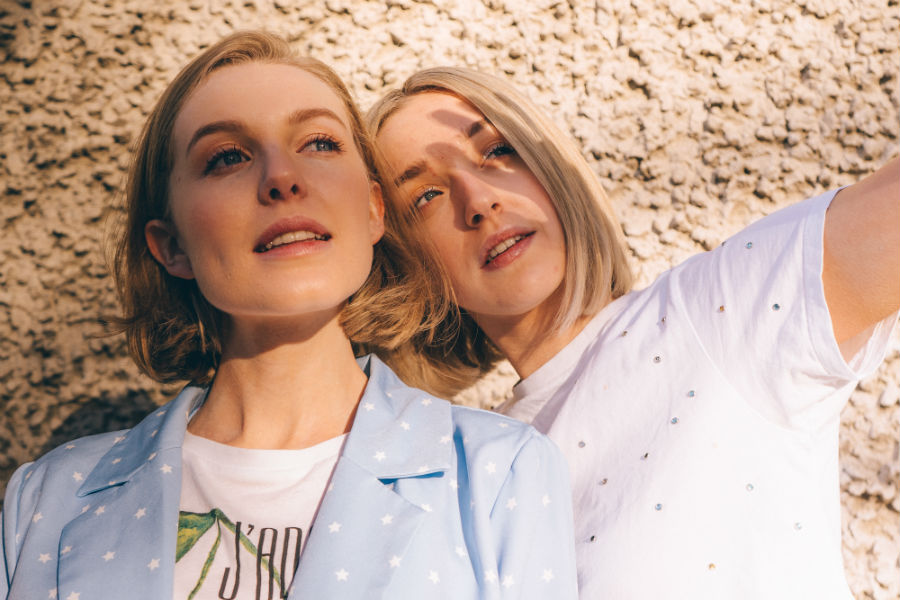 ELKIN have 20/20 vision and they’re starting this year with a banger with the release of ‘Win Win’.

“We’ve both had our fair share of break-ups, be it romantic relationships or break down of a friendship. They never seem to get easier, and sometimes you have to convince yourself that breaking up is the best for both of you, even though you know you’re putting yourself first. The lyrics of ‘Win Win’ are super vulnerable – we wanted to mix that honesty with the fierceness we’ve achieved in our other songs.“

Ellen and Carla were writing and singing together from the age of 15 before taking their music to a new level as ELKIN. Drawing inspiration from the likes of Joni Mitchell, the duo began writing and performing folk-pop, backed by a 3 piece band of bass, electric guitar and live drums. It wasn’t until the duo began working with producer lullahush (AE Mak) that they blended their love of thought-provoking folk lyrics with fierce alt-pop production.

2019 was a busy year for the self-managed duo, with ELKIN releasing 3 singles ‘(Green Eyes’, ‘Cut My Tongue’ and ‘DIY’) and 1 collaboration (with producer 1000 Beasts), as well as playing at showcases such as Whelan’s Ones to Watch (January), Music Cork (May) and Ireland Music Week (October). On top of this, ELKIN also began their monthly podcast ‘I Can’t Believe They’re Not Sisters’ in November 2019.

2020 will see O’Mahony and Ryan continue this momentum with an EP showcasing their new-found self assured style, set for release in September. This will be preceded by a string of singles from February – May.