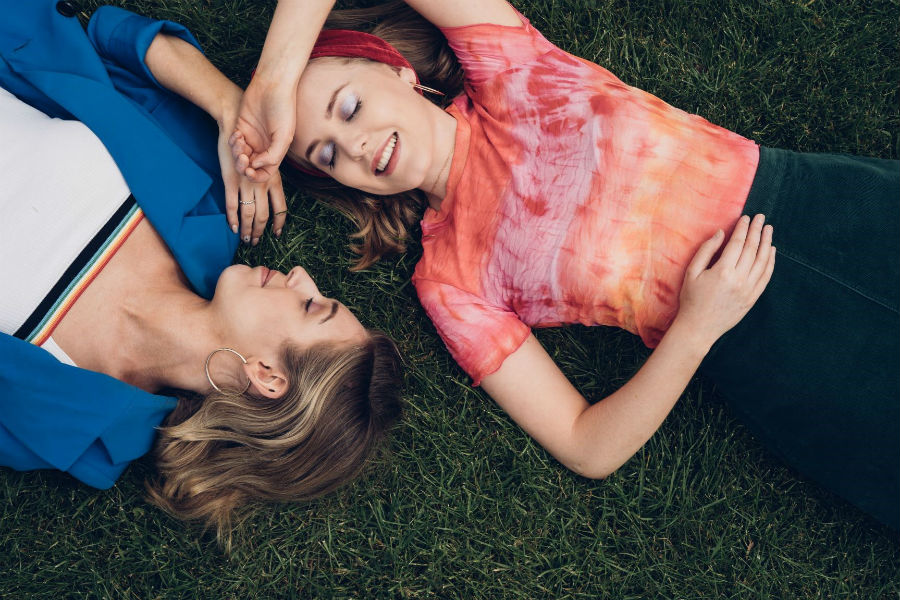 ELKIN have been back in the studio with producer Dan McIntyre (lullahush /  Æ MAK) and the result is this soulful funk infused pop ballad ‘Cut My Tongue’. Dark lyrics are complemented by the sultry style, slick production and laid back summer sound.

Ellen and Carla were writing and singing together from the age of 15 before taking their music to a new level as ELKIN. Following the release of debut single Paro, ELKIN were named as one of State.ie’s Faces of 2018.

Their debut EP, ‘Bad Habits’, was released in May 2018: “Honey, uplifting and brimming with feel good vibes… There’s a bit of a Nicks / McVie /Buckingham thing going on too.” – Remy

After gigs such as Whelan’s Ones To Watch 2019 and Nialler9’s Music Cork Showcase, and studio sessions with John Barker (Totally Irish) and RTE Studio8 with Tebi Rex and Eoghan McDermott,and RTE 2XM with Dermot Lambert, ELKIN present new single ‘Cut My Tongue’ out now.

“Cut My Tongue is our take on the femme fatale figure. She’s perfect on the outside but ready to split your heart in two and keep half for herself. The dark lyrics are complemented by the ‘witchy beach vibes’ of this summer release” ELKIN.