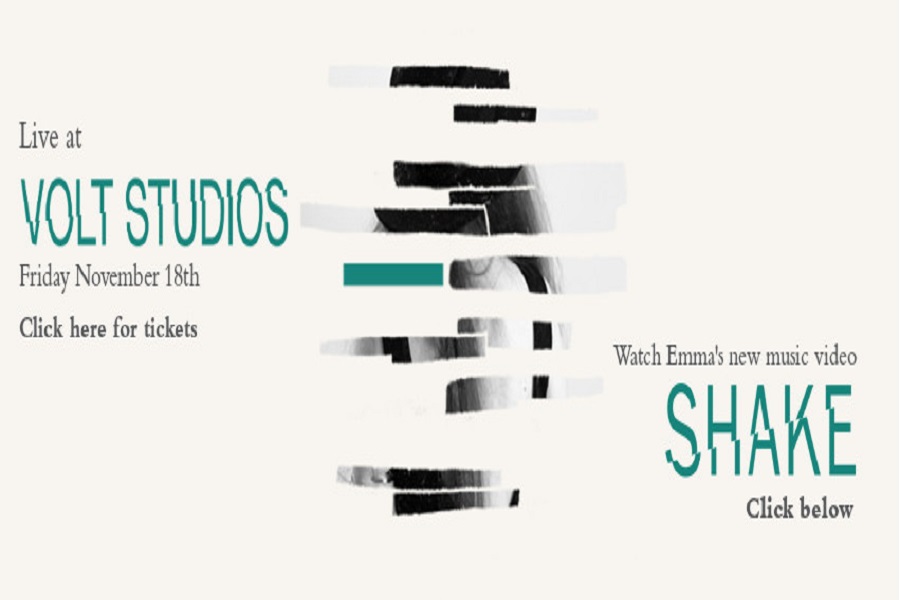 After a year of recording, and gigging in the UK, Lithuania, Canada, the U.S., Alternative Singer-Songwriter Emma O’Reilly is back on Irish soil and will be performing in the intimate setting of Volt Studios on Friday November 18th, with special guest Sive. Tickets are on sale NOW on Eventbrite for €15/€12.

In addition, Emma recently premiered the music video for her new song “Shake” on The Last Mixed Tape. You can check it out below, and the song is available from Spotify and iTunes

From an early age, Emma has been singing and performing in a range of styles and contexts, going on to study music at Trinity College Dublin, majoring in Music technology. Since graduating, she’s been gigging with lots of different bands and groups, recording and producing several EPs and stand alone singles herself before stepping into the studio in 2014 to create PURGE, a short collection of songs with an orchestral sound, which saw her compared to the likes of Kate Bush, I Have a Tribe, Tori Amos and Cathy Davey. Before hitting the road earlier this year, Emma went to Arad studios to record the follow up EP, which explores a sound much closer to her live shows, and digs into her alternative rock influences. The result is alternately introspective and ferocious, vulnerable and dramatic, intricate and engaging.