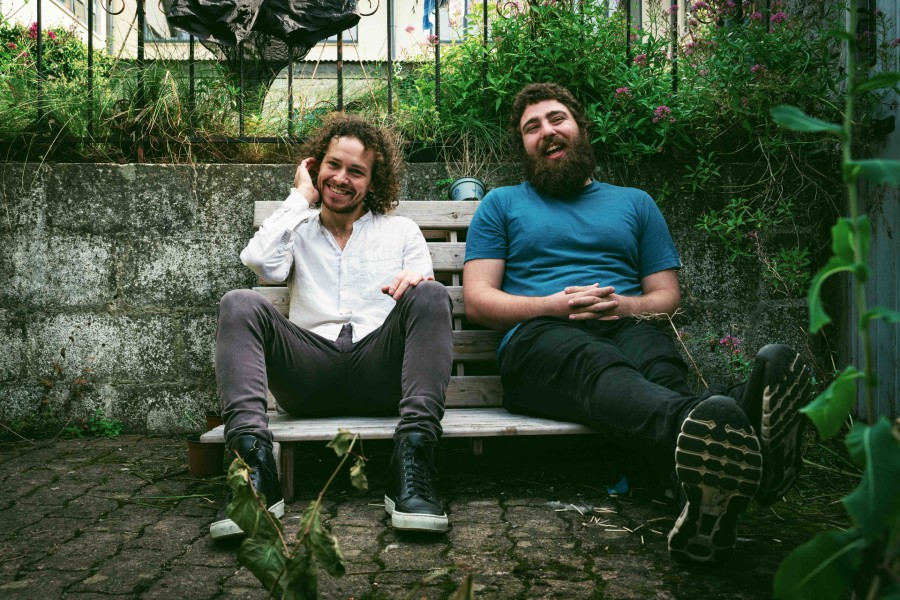 Dublin-based with Clare and Connemara connections, Eoghan Ó Ceannabháin and Ultan O’Brien have been playing together for many years in bands, including Skipper’s Alley. Their involvement with Manx singer Ruth Keggin and with the international Gaelic project ‘Aon Teanga (One Tongue)’ took them to Highland Scotland, where they recorded their debut album at Watercolour Music in Lochaber.

The human voice and the fiddle are often thought of as musical cousins. ‘Solas an Lae’ (The Light of the Day), Eoghan and Ultan’s debut offering, will be a compelling exploration of that relationship, creating a unique dialogue that blends raw, rugged earth with the ethereal otherworld. It is due for release Thursday 5th November, via the Scottish label Watercolour Music.

In ‘Solas an Lae’, bouncing songs and strings off one another, Eoghan and Ultan have created a duo album that emerges viscerally from the sean-nós roots of upbringing to blossom into two of the most articulate Irish musical voices on the scene today.

The first single from the album, ‘Cúirt Bhaile Nua’, is out now. It is a classic song of love and heartbreak from Mayo, Ireland, from the singing of Treasa Ní Mhiolláin. The track is accompanied by a night-time video, filmed outside at Watercolour Music’s studios, on the shores of Loch Linnhe within sight of the highest mountain in the British Isles, Ben Nevis. Nick Turner produced an eerily elemental video which features the duo singing and playing in firelight, and an almost sacrificial scene of a harmonium up in flames. Instruments may have been harmed in the making of this film.

‘Solas an Lae’ (The Light of the Day) is the debut album from Eoghan Ó Ceannabháin and Ultan O’Brien due for release on November 5th 2020,  via Watercolour Music. Pre-order the digital album or vinyl on Bandcamp: https://eoghanultan.bandcamp.com/releases