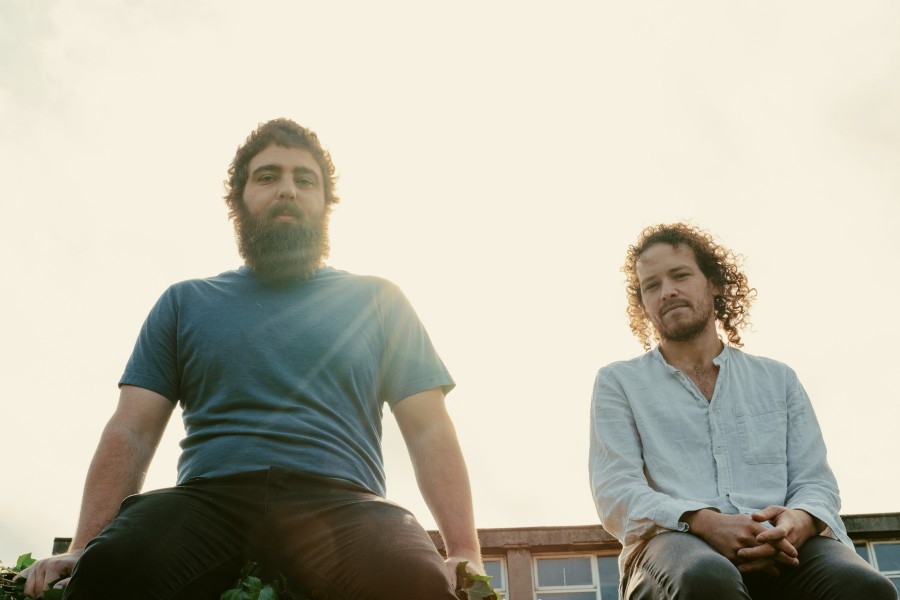 The human voice and the fiddle are often thought of as musical cousins. ‘Solas an Lae’, the debut album recently shared by Eoghan Ó Ceannabháin and Ultan O’Brien, is a compelling exploration of that relationship, creating a unique dialogue that blends raw, rugged earth with the ethereal otherworld.

In celebration of their album launch, Eoghan and Ultan decided upon creating a digital Folk Opera as opposed to a live stream concert, in order to convey the ideas behind ‘Solas an Lae’, and to include some of the collaborators on this album – namely visual artist and musician Ruth Clinton, and producer and sound-artist Nick Turner, who both created visuals and music videos for the opera.

“We felt the whole process of creating this album was an escape for us – a musical escape from the overwhelm. Things can get on top of you – music is the great escape. It lifts off the bridles and anchors the world puts on us; lifts up the door’s latch. Since we recorded this, life has grown heavier for many people, for many different reasons. We hope this music can help fling off a bit of the weight and help people breathe a little bit easier,” says Ultan.

Eoghan adds: “The Digital Folk Opera reflects this escapism, as we ramble about Dublin within our 5km-covid-restricted-radius, spanning Dublin’s Grand Canal to Sandymount Strand and hitting parts of the River Liffey in between.

The vast expanse of Sandymount Strand, with the ESB towers marking the skyline to the North East, the quiet bubble of canal benches while traffic and sirens spin around you, the neon lights of the IFSC intruding onto a contemplative moment on Sean O’Casey Bridge –

These stop-offs provide a breath of calm within the city, although the surroundings never sink away entirely.”

The duo filmed at these locations early in the morning attempting to catch the first light of the day, ,Solas an Lae,.

The Opera launched the digital version of the album on November 5th via the Scottish label Watercolour Music. You can purchase it alongside a booklet with stories, information and lyrics relating to each track through Bandcamp: https://eoghanultan.bandcamp.com/

Eoghan and Ultan also launched a pre-order of a special ‘Solas an Lae’ LP, due for distribution in April 2021, also available through Bandcamp.