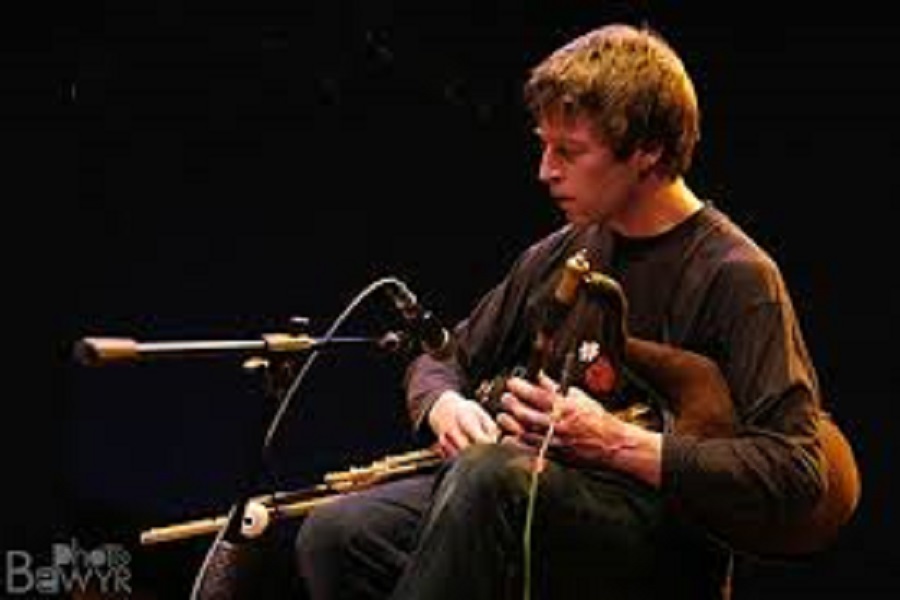 Today marks the official release of ‘Pondelorum’ the third solo album from Dublin uilleann piper & Kíla founding member EOIN DILLON. To celebrate, Eoin has shared another tune from the album – ‘Marina’s Kitchen’ is the second track on Pondelorum and features Mícheál Ó Súilleabháin on harpsichord. This Sunday October 2nd, Eoin and his band will play Whelans Upstairs – tickets e10 on sale now.

The album has so far received glowing acclaim with a 5 star review from RTE.ie “an appealing album of ten original compositions, arranged with admirable colour and verve…warm and inviting…boasts a shimmering, soulful blend of instruments” while the Sunday Times described it as “instrumentals laden with nostalgia, warmth and mournfulness”.

‘Pondelorum’ is Eoin Dillon’s third solo album having released his debut solo recording ‘The Third Twin’ in 2005 (named one of the best traditional albums of the year by RTE Radio One) followed by 2010’s ‘The Golden Mean’. Eoin has been playing the pipes and whistles since the age of 15. As a founding member of KÍLA he released 11 albums and toured the world with performances at top festivals including Glastonbury, Womad (Aus/NZ) and Montreux Jazz Festival. As a solo artist, Eoin has guested with U2, Baaba Maal, Sinead O Connor, Donal Lunny & Jane Sibery. He composed the music with Kíla for 2 Oscar winning animation films in 2012/2015 – while his solo compositional work on ‘Ireland’s Wild River’ was nominated in the Best Music category at the 2015 Emmy Awards.

Over ten new compositions, ‘Pondelorum’ captures Eoin’s characterful, blistering and playful performance in full flight and showcases his innate skill as “a composer of first class tunes” (Irish Music Magazine). As for the theme of the album Eoin says “I’m not sure if there is a theme that I can put my finger on. I tried to record a few times but couldn’t or it wasn’t working, but when I began writing wee stories it seemed to give me the start I needed. It was a very enjoyable experience – we took our time and people just seemed to fit in. For me, if I can put it into words, the album is a moment in time, a celebration of people and our history and the road we have travelled.”

‘Pondelorum’ features input from a host of musical collaborators including Mícheál Ó Súilleabháin on harpsichord, Brian Hogan on bass and Graham Watson on guitars & mandolin. The album was recorded in stages – initial recordings took place in Ó Súilleabháin’s home in Tipperary, the piano was recorded in the Unitarian Church on Stephens Green with the rest taking shape in Watson’s Floodplain Studio, Clontarf. The album is available from Claddagh Records & Spindizzy and online stores.