The Eskies Release ‘All Good Men’ 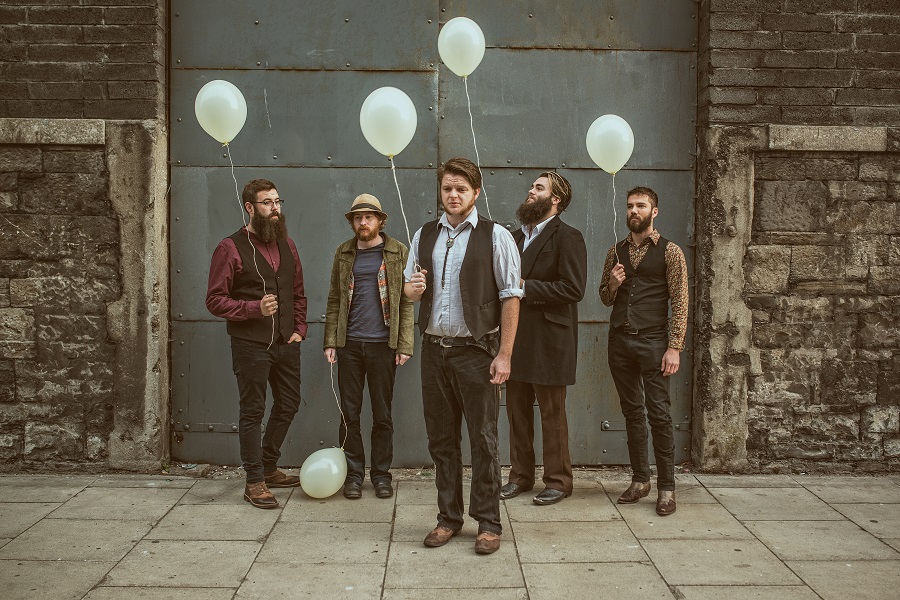 On the 29th September acclaimed Dublin quintet The Eskies return with ‘All Good Men’– the first single from their upcoming second album, ‘And Don’t Spare The Horses’ out 1st December via Absolute.

Returning to the foot stomping gypsy folk that has already won them an army of fans, ‘All Good Men’ is a full on, big band, swing sounding romp, snarling and growling its way through three and a half minutes of roaring brass and crowd harmonies.

This is the first single from the band’s anticipated new album, ‘And Don’t Spare The Horses.’ Recorded at Orphan Studios in Dublin earlier this year, the new album leaps from genres as vast and varied as folk, klezmar and yiddish to rock, swing and blues. And it’s content? As eclectic as their sound according to the band – “Melodramatic tales of woe, betrayal, conflict, upheaval, rebellion, love, loss, fear and anger,” says the band. “All wrapped in tongue-in-cheek irreverence and self-deprecation, occasionally giving way to a flurry of triumphalism or whisper of introspection.”

Renowned for their raucous live shows and fiercely passionate support, the band have been busy touring the far and wide since their 2015 debut ‘After The Sherry Went Round.’ They’ve played mainstage slots at both Glastonbury (Field Of Avalon) and Cambridge Folk Festival, as well as an outing at Dutch centrepiece Eurosonic Noordeslaag and Glasgow’s Celtic Connections. They’ve also appeared on RTE’s Saturday Night Show, BBC Radio 4’s ‘Loose Ends’ with Clive Anderson and BBC Radio 3’s ‘Essential Classics’.