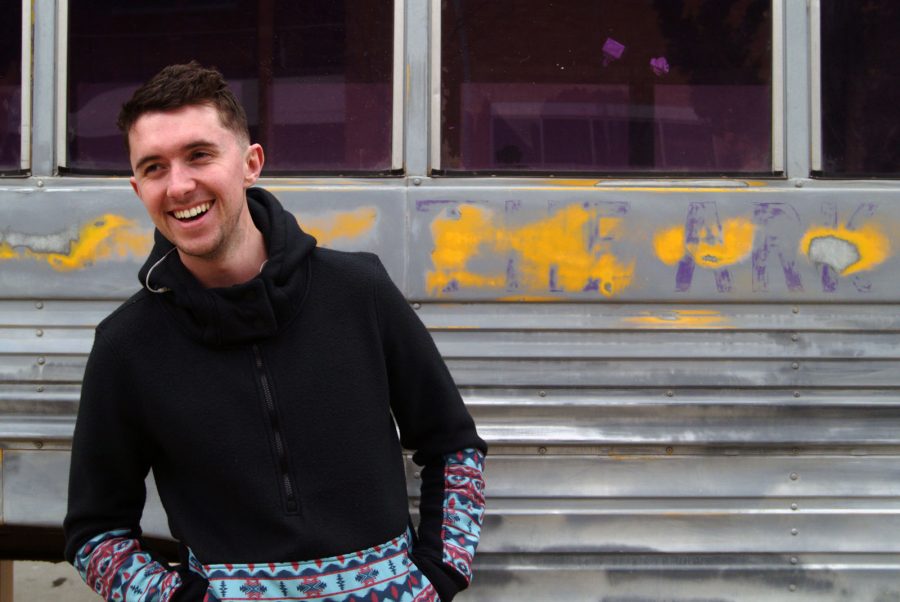 RTÉ is delighted to unveil the song and accompanying video that will represent Ireland at the Eurovision Song Contest 2018 entitled ‘Together’ penned by Ryan O’Shaughnessy, Mark Caplice and Laura Elizabeth Hughes.

The video depicts a young couple strolling through the streets of Dublin’s Temple Bar.

Speaking about the video singer- songwriter Ryan said, “It was amazing seeing the video come to life in the way it did, sticking with the original concept that love is universal and there are testing moments in every relationship. I can’t wait for all Eurovision fans to hear the track and check out the video!”

The video was directed by Christian Tierney who has worked with artists including The Weeknd, Macklemore, Demi Lovato, Kendrick Lamar, Drake,The 1975, James Bay as well as for organisations like TIDAL, Universal, Sony and Warner Music.Christian also creates video and photo content for UFC champion Conor McGregor. http://christiantierney.com/about/

The video was choreographed by Ciaran Connolly who has worked with some of the biggest names in the music industry, on television and major arena tours, including Take That, Robbie Williams, Katherine Jenkins, Darcey Bussell, Michael Buble, Will Young, Cheryl Cole, Girls Aloud, Five, Liberty X, Atomic Kitten, Blue, The X Factor, Britain’s Got Talent, Strictly Come Dancing and Royal Variety Performances. Ciaran has worked as assistant choreographer on The Daniel O Donnell Rock and Roll UK Tour and on Sir Cliff Richard’s ‘Soulicious Tour.’

The dancers performing in the video are Alan McGrath (who previously performed as a backing dancer and drummer for Ryan Dolan’s ‘Only Love Survives’ Eurovision performance in Malmo in 2013) and Kevin O’Dwyer.

Ryan also took to Instragram to share photos of his mother’s reaction when she listened to the Eurovision track for the first time in New York this week. In an Instagram post he said: “My number one critic, who just so happens to be my mother listened to my latest single ‘Together’ during breakfast in NYC this week, and it’s the first time I’ve seen her more excited than I am about an up and coming release. My mam is the reason why I started singing, the reason why I love what I do, and the reason why I’m on this planet. So basically don’t blame me, blame my mother (emoji love heart) #IrelandForEuro2018 #Together”

Singer-songwriter Ryan O’Shaughnessy will perform the ballad in the first Eurovision Semi Final in Lisbon on Tuesday May 8. ‘Together’ was purposefully written for the Eurovision Song Contest by writers working in The Nucleus, a new Irish songwriting team and hub, founded by Hamlet Sweeney, that brings the international model of collaborative songwriting to Ireland.

In August of last year, RTÉ held a Eurovision Song Contest Forum and invited key industry professionals, songwriters and performers to come to RTÉ to gain a deeper insight into the present day contest from international Eurovision experts and key RTÉ decision makers. The forum created debate and fostered new ideas as to the way RTÉ might approach the song contest this year. Over 300 songs were submitted to RTÉ for consideration before the November deadline. The song ‘Together’ was chosen after being selected by a panel of music industry professionals who listened to and judged the shortlisted final entries.

The Eurovision Song Contest semi finals take place in Lisbon, Portugal this summer on Tuesday May 8 and Thursday May 10 with the grand final taking place on Saturday May 12. Ryan will perform ‘Together’ in the first semi final on Tuesday in the Altice Arena which has a capacity of 20,000 and is one of the largest indoor arenas in Europe.

From Skerries, Ryan O’Shaughnessy was born in 1992 into a musical family, and became a student of Billy Barrie at the age of 4. When he was 8 years old an opportunity arose for Ryan to play the character Mark Halpin in RTÉ’s Fair City, a role he played for almost a decade. He matured as Damien Halpin’s younger brother and spent his teen years on the Irish screens. By the age of 17, music had become a priority for the North County Dublin native, and he left Fair City to pursue a career in music.

While studying at BIMM Dublin as a songwriter in 2012, Ryan penned his first collection of songs. Prior to the release of these songs, Ryan appeared on the finals of both The Voice of Ireland and Britain’s Got Talent in the same year. In his opening audition on Britain’s Got Talent, Ryan performed his now well known, self-penned song No Name which has had over 45 million hits on YouTube. He then returned to the semi finals with another self penned song First Kiss. Ryan was signed to Sony UK under Colin Barlow. While there, he worked on his EP which reached No.1 in Ireland for three consecutive weeks and reached No.9 in the UK charts. During this time Ryan toured the length and breadth of the UK and Ireland.

In July 2013, it was announced that Ryan would be one of the artists taking part in the new Irish songwriting competition The Hit, going up against his former The Voice of Ireland coach Brian Kennedy. O’Shaughnessy chose to release Who Do You Love? to enter the chart battle against Kennedy and won the battle with the single charting at No.3 in the Irish single charts.

Being placed on the global songwriting map at a young age, Ryan has had the pleasure of travelling and writing with some of the world’s greatest, including, Julia Fordham, Grammy Award winner Joy Williams, Mark Nevin, and multi platinum selling songwriter Kimmie Rhodes, as well as writing and working for different publishing companies and studios. In the last three years O’Shaughnessy has toured the USA and Canada. His love for songwriting and producing has seen him release music for himself and other artists through his recording label and studio Bayview. His latest album Back to Square One shows a maturity in his songwriting and musical taste. Ryan plays guitar, piano and saxophone.

The ESC is the largest entertainment show in the world and is consistently one of the most popular annual television events both in Ireland and across Europe. Last year’s Eurovision, hosted by Kyiv in Ukraine reached a total of 182 million viewers across 42 markets. The number of people watching the Eurovision Song Contest online more than doubled from 2016. There were 6 million live streaming sessions in 233 territories across the 3 shows on the official ESC YouTube channel and a total of 8.5 million on-demand requests.

Ireland still holds the record for most Eurovision wins with seven songs: