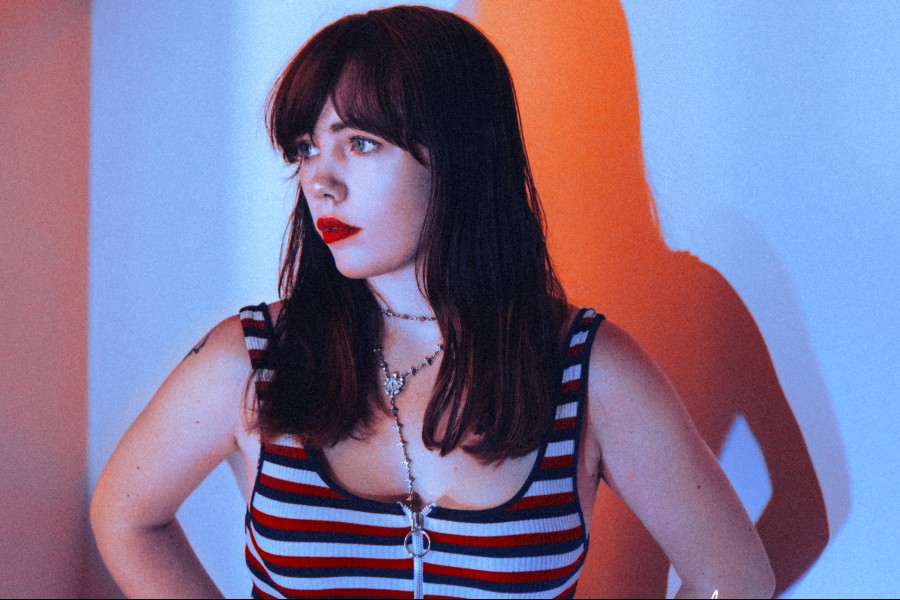 Eve Belle proudly presents her brand new single ‘Bluff’ and names the day for the release of her long-awaited first album, entitled ‘In Between Moments’.

‘Bluff’ is a writing collaboration between Eve and Christy Leech of Irish electro-pop duo Le Boom, and was produced in Dublin with Fiachra Kinder on desk duties. Says Eve about ‘Bluff’:

“This song is about the frustration of wanting someone and trying not to lose face by putting all of your cards on the table (but if you’re honest with yourself, you already have!) It’s about that extremely flexible logic you develop when you really, really like someone, that ‘if they don’t text back within half an hour I’m done with them. Ok, I’ll send another text to make sure they got the last text and then if they don’t reply to that one, it’s DEFINITELY over’ moment.”

She adds: “You spend your time bluffing that you don’t care – to the person you like and to yourself – but let’s be honest here, you’re not fooling anyone. This is a song about the emotional agony all that entails.”

‘Bluff’ is the follow-up to ‘Begging For Rain’, which was Eve Belle’s most successful single release to date, enjoying excellent Irish airplay and streaming playlist support. Both songs, plus eight more unassailable sad-bops, are to be found on Eve’s debut album – ‘In Between Moments’ – which is released on Friday 23rd October.

Eve: “This is a collection of songs that have built up over the last few years and really paint a portrait of different experiences I went through over that timeframe. Learning and growing over the last few years, I’ve found myself wishing my time away occasionally, always waiting for the next dramatic thing, waiting for the next landmark of my life. But I’ve learned to take solace in the in-between moments, where I rely on myself, and I feel that these songs represent that transition.”

The album was mostly recorded in London with long-time collaborator Fred Cox, best-known for his work with Rag’n’Bone Man, Grace Carter and Lily Moore; with additional recording done in Dublin during lockdown.

Back to Eve: “From songs about heartache and longing, to songs about fighting for my place in the world, then songs about using my voice with integrity and not shying away from the difficult things in life, this album covers a range of lessons that I’ve learned as a young person. The solace that I found between the moments that inspired these songs is what offered me the clarity to write them, and to learn from them.”