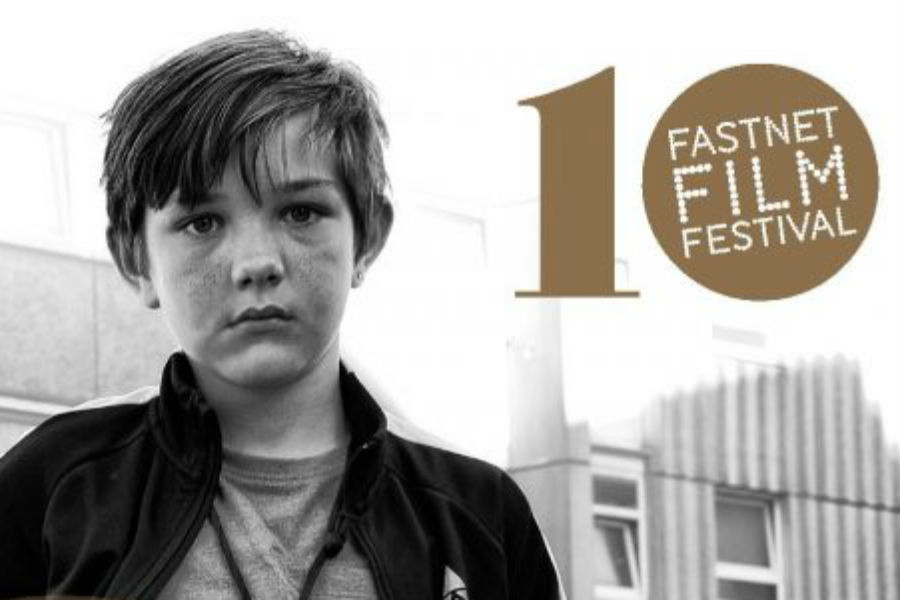 This year at Fastnet Film Festival, which will run from the 23rd to the 27th of May, Film Music in Focus Curator Maurice Seezer has put together a very special programme for visitors to Schull to enjoy. The partnership with IMRO will help facilitate some very ambitious and collaborative performances this year, details of which have just been announced.

On Wednesday the 23rd of May, following the opening party, Carl Davis will conduct the Trio Apachés in a live performance of his musical score, written for Lady Windermere’s Fan (1925) as the film plays out on the screen. A Q&A session with Carl, Kevin Brownlow and Maurice Seezer will follow the show.

Lady Windermere’s Fan is based on Oscar Wilde’s classic play set in London in the 1890s. Lady Windermere suspects her husband may be having an affair. When he invites the other woman, Mrs. Erlynne, to his wife’s birthday ball, his wife is shamed and leaves the party. Mrs. Erlynne attempts to persuade her to return, sacrificing her reputation by explaining that she is her mother, having abandoned her 20 years earlier.

Following his performance at the Festival in 2017, Carl set about writing a new musical score for Lady Windermere’s Fan, specifically for the Trio Apachés to perform at Fastnet 2018. This is a unique opportunity to experience a true masterpiece.

Carl’s 1980 score for Abel Gance’s epic silent film Napoleon (1927), triggered an extraordinary revival of interest in the silent film. His talent composing original music for silent era films, from 1916 to 1927, when film and live orchestral music were in perfect synchronicity is compelling.

Trio Apachés, are three of the UK’s most respected soloists, praised for the infectious joy, virtuosity and innovation of their performances. Definitely the highlight of FFF 2018.

€25pp to include a glass of prosecco.

Wednesday 23rd May, 19.30 – 21.30 at the Schull Harbour Hotel. Tickets available online http://www.fastnetfilmfestival.com/tickets-bookings or from the Box Office on Main Street, Schull, 028 28600.

Round table discussion
That Essential Element

Lenny Abrahamson and Ed Guiney are joined by award-winning score composer Stephen Rennicks for this round table discussion. Stephen is best known for his collaborations with Lenny Abrahamson, making one of Irish cinema’s most successful partnerships – Adam and Paul, Garage, What Richard Did, Frank, and Room.

The addition of a €3,000 Music in Film Prize, sponsored by W. Michael Satke, will be judged by Bill Whelan.

Screening of Song of Granite

After the screening, Colm Seoighe who plays young Joe in the film, will be performing some seannós. Join on Thursday at the Palace Cinema from 19.30 – 22.00, tickets €5.

Screening of Making the Grade

Screening of Ken Wardrop’s Making the Grade, depicting the relationship between piano students and their teachers.

Various live Music in Film performances around Schull over the weekend, including: Accapellabella and Mick O’Callaghan’s ‘Between Storms’ who will perform at the Opening Party.

The newly formed Screen Composers Guild of Ireland, is a professional association of composers who provide music for film, television and media. The Guild will work to improve and promote the creative element of music for screen, represent and improve the status and rights of composers working in Ireland, both domestically and internationally, and offer advice and resources to anyone seeking to employ and work with a composer.

Sarah Glennane is an independent music supervisor and consultant working in the Irish audio-visual and music industries. In 2017 Sarah authored a report, commissioned by music rights collection organisations IMRO and MCPS Ireland, into the Music for Screen Sector in Ireland. The report is available online at www.imro.ie. Sarah is currently working with some of Ireland’s most notable Composers for Screen to establish a Screen Composers Guild, launching this spring.