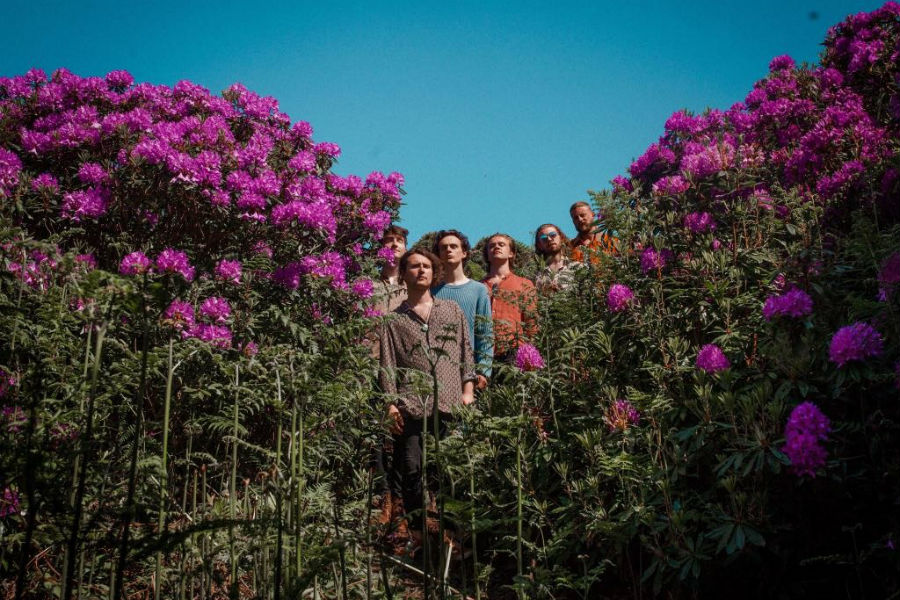 An underbelly of hip-hop inspired bass and drums, psych guitars, a chilling body of synths and gritty, cinematic visuals create a space for vocalist Dave Barrett’s lamenting soulful tones on their emphatic debut ‘Shambala’. Debutants they may be, but every element of this poised and triumphant step into the fore is performed masterfully, with this being a perfect introduction to a powerful body of work set to release throughout 2019.

The band take great consideration in creating an audio-visual experience for the listener. Dedicated artist, Ross Ryder, works closely with them during the writing process to build bespoke aesthetic narratives for each song.

Speaking to the motivation behind ‘Shambala’, Fat Pablo share:

“We imagined the song as this kind of uplifting orchestral piece and approached it in a different manner to other songs we write. We all played really delicately on the recording and focussed specifically on dynamics, making sure we didn’t take away from the soul of the song. You kind of get this bittersweet hope in your bloodstream feeling.”