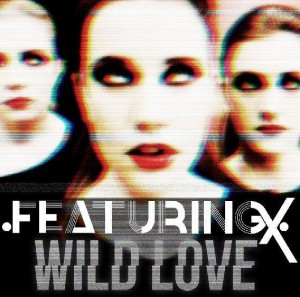 Although returning home exhausted due to their Leaving certificate examinations, the Drogheda-based band decided to “celebrate” day one in style by finally revealing the new video, which was directed by Gavin Kilduff.

The 6pm online announcement was made yesterday (Wed 4th June) by bassist Sarah McLaughlin, who says “We wanted to kick off the summer despite having the English Paper 1 and Homec to deal with, so we decided to release the video when we came home, there was such a great buzz online although I am sure many curse us today for being a distraction and missing last minute cramming!

“After such an amazing summer last year releasing our debut EP, playing Electric Picnic and even getting a tweet from MTV Ireland, it was so tough to then focus on 6th year, we missed gigging, we had to refuse some major opportunities thanks to our mocks but seeing the reaction last night, it was all worth it and we are ready to work harder than ever once these exams are over.”

Forthcoming single ‘Wild Love’ is now available on pre-order from iTunes ahead of its full release on Thurs 26th June.

The original by Rea Garvey, which topped the charts in Germany has been injected with Featuring X’s own style of catchy riffs, upbeat drums bass solos and two-piece harmonies.

Front-woman Niamh Sharkey:  “Thanks to 6th year, we were finding it really difficult to write songs worth recording, I suppose you could say being so young we still have a lot to experience first but we had heard of Rea Garvey we couldn’t believe he is actually a Kerry-man! It’s very strange how an Irish musician can make it huge in a different country without being known here in Ireland, so we decided to re-record and release our own version of Wild Love, in his country and beyond. We got the thumbs up.

Behind closed doors, the Louth rockers’ have also been busy preparing a number of collaborations to include one with UK-based The Gallery Clothing Company, as seen on RTE’s Dragons Den (RTE 1, Sunday 11th May) receiving high praises from The Gallery’s founder Thomas Dickerson and Dragon Ramona Nicholas.

Also, confirmed for Light Colour Sound Festival, Le Cheile Music and Arts festival; the ladies have much to announce for their growing fan-base.

‘Wild Love’ music video, shot and edited by Gavin Kilduff said it was a concept thought out after the director thought about the role women have played within rock iconography: “Robert Palmer’s ‘Addicted to Love’ being one of the most iconic images of women within music videos, it always bothered me that none of the women could actually play their instruments but were there purely as set dressing. When meeting and seeing how talented the Featuring X’s girls were I felt they would be the perfect group to subvert that famous imagery as here were girls who could really play their instruments.”

Kilduff shot the video in 6 hours in warehouse outside Dublin. It was shot in HD using a Canon 5dmk2, a 24-70 and a macro lens for the close ups. Once edited and colour graded the video was then exported to VHS before being re-imported back to digital.

This effect was done to give the video an authentic late 80’s early 90’s aesthetic, included in this attempt to recreate that aesthetic was using the original font MTV used to use. Filters could have simply been applied but Kilduff felt that it would not have the same organic feel as VHS. Once completed it was then cut back with the HD at the half way point. This contrast between the VHS and HD is again to drive home the point that now in the year 2014 girls can rock out and are no longer there just to dress the set and look good.