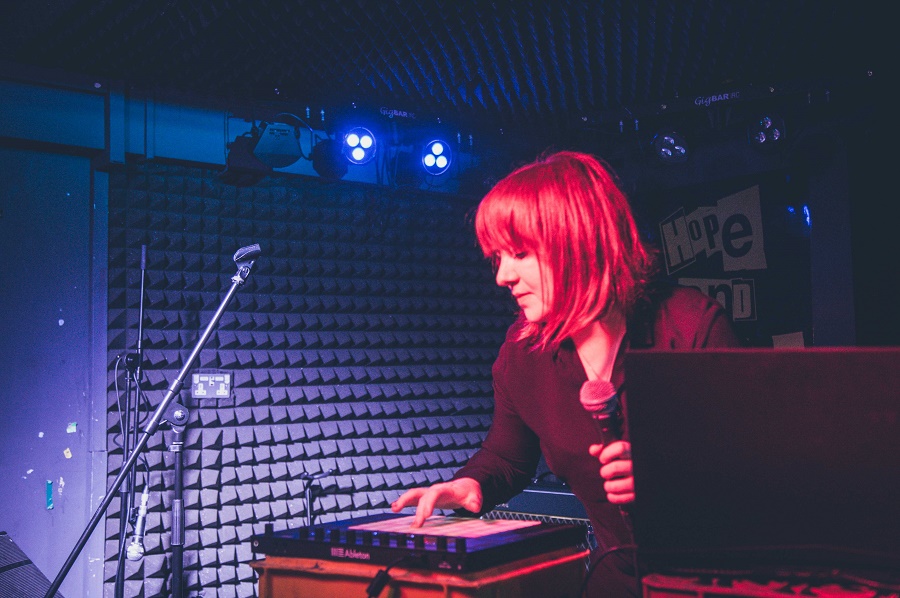 Femmepop is singer songwriter/producer Margaret O’ Sullivan from Ireland. Based in London. She writes, records, performs, produces and mixes her work. Ms Femmepop’s voice has been classically trained and she attended Cork city’s renowned music college, Colaiste Stiofain Naofa for two years in her teens. With her music making comparisons to Lovefoxx, Kavinsky, Bat For Lashes, Madonna, Cocteau Twins and The School of Seven Bells – a plethora of sound, it is safe to say her college years have paid off!

The ‘CYM’ EP is Femmepop’s forthcoming release and on August 17th the EP will drop on all digital platforms. The release will be marked by Femmepop beginning her ‘CYM Tour’ in Berlin on the same date. Berlin being the home of electronic music and female artists ruling the scene there, it’s seems a very apt city for the release of ‘CYM’.

‘CYM’ was recorded by Femmepop between the months of December 2017 and February 2018 in Cork, Ireland. This is Femmepop’s most instrumental/dance based futuristic sounding release and a new direction from previous work. It includes 4 tracks namely 1) Astra, 2) CYM, 3) Motion and 4) Suck It Up. It is Femmepop continuing to grow as an artist and embracing new sounds and vibes.

Earlier in 2018 Femmepop was included on the soundtrack to the forthcoming Swedish film ‘Videoman’ as she teamed up with Robert Parker on the song ‘Demise’ The soundtrack is released by Lakeshore Records, LA.