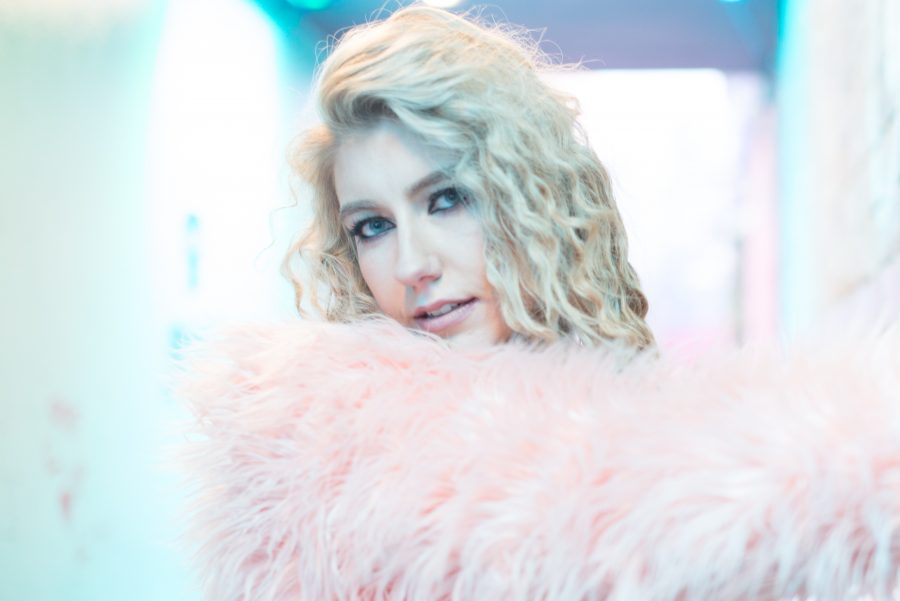 Fí is a Dublin based electro-pop artist hailing from the musical town of Mullingar.  She is inspired by fellow luminaries such as Halsey, Tove Lo, Lapsley, Lorde, Banks, Dua Lipa and Verite. She’s a self taught musician who started writing after buying her first guitar in college and has spent the last few years crafting songs from her bedroom. She released her first single, ‘Éalú’ late 2016 and since the release has been collaborating, writing and working with different producers in London and Dublin and LA this Summer.

Since the single release, Fí has been working hard, grafting behind the scenes and honing her sound by collaborating with different producers here and overseas. She has been working on demos with producers here like Chris Edwards (Little Hours) and is currently over and back to London a good bit working with different producers like Lewis Gardiner (Kobalt) who shes worked on 3 tracks with (Ellie Goulding, Kloe, Prides) and Aminor. She spent her Summer working  with writers and producers in LA like Heidi Rojas (Ruth Anne, Cheryl Cole, Little Mix) and Kyrsta Youngs and Julia Ross (Chainsmokers, Miley Cyrus) .

As well as this she was chosen to work with Carla Marie Williams (Beyoncé, Girls Aloud, Britney) at her Girls iRate songwriting camp in May in association with IMRO in Camden Studios. Alongside 11 other girls from across the country they were given the opportunity to create a song and collaborate together,

Her second single, ‘Feel Better’  was released on  Friday, the 30th of November which was recorded in Los Angeles with Shayan Amiri and co-written with Esjay Jones (Nile Rogers, Justin Tranter, Sean Kingston). Mixed by Michael Heffernan in Dublin. We can get so caught up in self comparison; chasing numbers and ideals in life that we forget the things that are real and important. We use measures to escape reality, whether that be music, alcohol, whatever we need to distract ourselves to make us feel, ‘ a little better’.

So far, the song has been aired on Spin 1038, RTE Pulse with more airplay coming in the next week. The song was, ‘track of the day’ in HotPress as well as a  featured interview in U Magazine. It’s also been featured in many notable international blogs like Wonky Sensitive,  Staccatofy and Kings of A & R.

‘Feel Better’ is out on all platforms now.