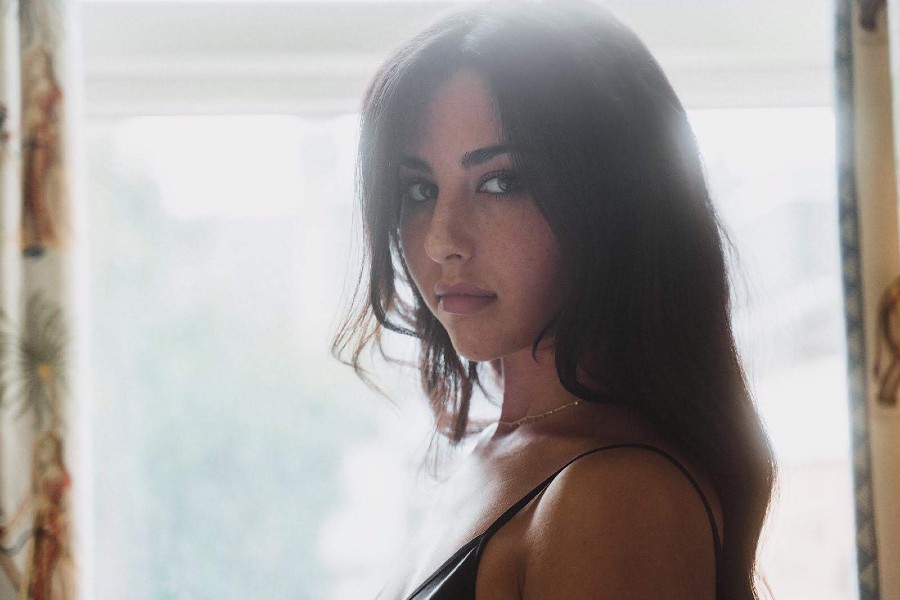 Even when you fully understand why it came to an end, getting over the break-up of a relationship is one of life’s most difficult hurdles. When those reasons are less clear and you feel like you’re the only one still thinking about why it begins to feel like a near-impossible task.

‘XX’, the second of a six-single mixtape Fia Moon has planned for 2020, is a song which attempts to take that challenge and the emotions that go with it and turn it back on itself. It’s a powerful, honest admission that says “yes, I’m still thinking about you” but flips that on its head by saying “I sure as hell know you’re thinking about me too!”.

Set for release on July 24th, ‘XX’ is Fia Moon at her confident and most empowered best, with its self-assured tone (“I know you still want me, loving all my body”) emphasising its sensual lyrics. Fia explains, “The song is about that ex you can’t stop thinking about. While ‘better days’ is vulnerable, ‘XX’ is the follow up where the tables begin to turn as you know the other person needs you too.”

‘XX’’s atmospheric production sees Fia return to the dark sound previously explored on ‘Water Runs Through’ and places her firmly in the same alt-pop category as the likes of Rina Sawayama and Kim Petras. ‘XX’ was co-written and produced by London based Swedish songwriter Tannergard (BTS, LVNDSCAPE, Martin Jensen) with Dutch songwriter Marcia Sondeijker and mastered at Abbey Road Studios by Christian Wright (Ed Sheeran, Laura Marling, Coldplay). Sonically, it showcases everything Fia does best in the soaring vocal tones and sweeping synths, blending the old with the new in the alt-pop style that she has become known for.

Speaking on how the song came to fruition, Fia says “I had recorded a voice note of the chorus melody and lyrics one night, which I played to Misha and Tannergard at our session. From that, we started talking about how I was feeling being newly single and about my most recent ex but also about my first boyfriend. We were laughing because they were getting confused between the two, so we would call one ‘x’ and the other ‘xx’, which is where the title came from.”

Fia’s most recent single ‘better days’ catapulted her into the music scene both in Ireland and abroad in April 2020. On its release, the song was added to six Spotify editorial playlists including ‘New Music Friday UK’, ‘Chilled Pop Hit’s & ‘New Pop Revolution’ and in addition, Fia was placed on the cover of Spotify’s ‘A Breath of Fresh Eire’ playlist. Deezer also featured the song in one of their largest New Music playlists ‘Brand New UK’ boasting 6 million followers. The song has also recently entered the Official Irish Homegrown Top 20 Charts.

Since its release the success of ‘better days’ continues to build on Irish Radio, where the track reached no.5 in the Breakers Chart, no.16 in the All Radio Irish Artists Chart and has just passed 9 million impacts! Fia has also garnered media acclaim from the likes of CLASH, The Irish Times, EARMILK, Nialler9, GUAP, Record of the Day and The Official Charts, highlighting her undoubted potential.

‘XX’ follows on the heels of the release of a collaborative charity cover single of The Cranberries ‘Dreams’ with the ‘Irish Women in Harmony’, 40 female Irish artists and musicians using their voices to raise funds for Safe Ireland. On its release, the single went to No.1 on the Irish Homegrown Official Charts (first female act to ever do this), No.15 in the Official Charts (highest new entry), the most downloaded track outselling the entire Top 20 and hit over 6 million radio impacts on Irish radio in its first week of release.

With all of this and more new music on the horizon, 2020 is gearing up to be a breakthrough year for Fia who is truly one to watch!