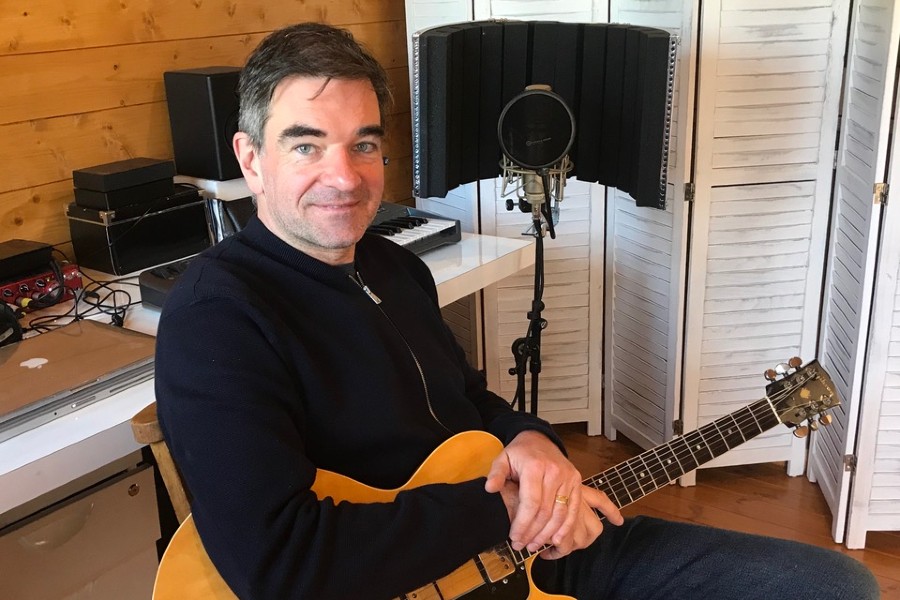 There’s a look in Fiachna Ó Braonáin’s eye, a gleam, a glint, and a hint: the mark of the true believer. A carrier, and a carrier on. It bit deep into him when he was a teenager, the wild wail of the blues guitar and the pulse of rock n’ roll, mixing with the already ingrained DNA of the traditional Irish music, language and song he was raised on. There was – and there is – no cure.

Fiachna is delighted to release a brand new EP ‘Winter Sun’, released on October 2nd… a collection of three songs and one instrumental piece that all in their own way reflect Fiachna’s other addiction.. the love of the sea!

And he is delighted to release the new single from the EP – ‘Bottle Of Rum’.

‘Bottle Of Rum’ originally appeared on Fiachna’s debut solo album ‘Bougainvillea’, but this new version was recorded in collaboration with Clare Sands. Clare plays fiddle, sings backing vocals and arranged the string section on this version. She also suggested dropping the key to suit the lower tones in Fiachna’s voice she felt should be heard! Fellow Hothouse Flower, Martin Brunsden also plays Bertha, his beautiful double bass on this too!

The EP is available from Bandcamp via https://fiachnaobraonain.bandcamp.com/