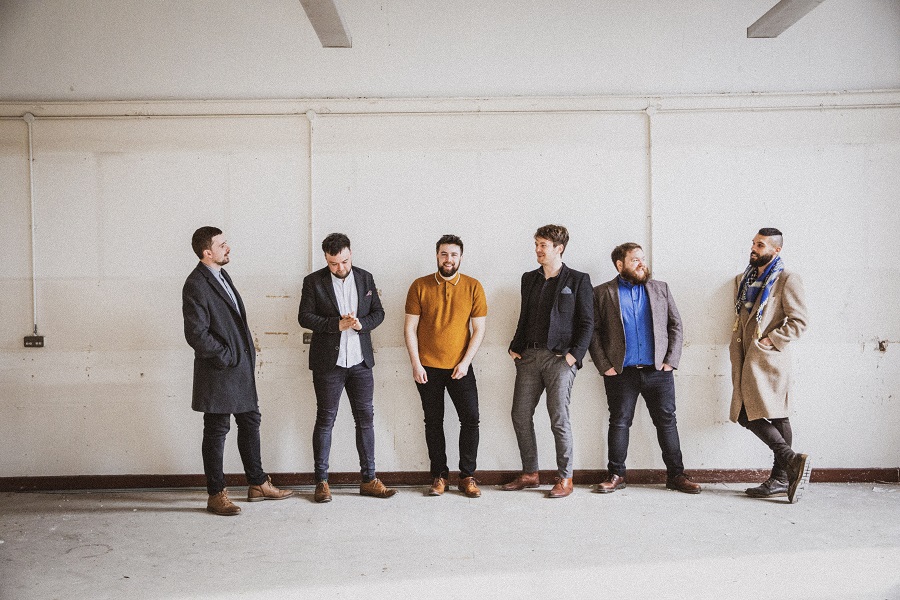 Irish alternative-folk collective FIELDS have returned with their first release of 2019 ‘Border Boys’ which is out on April 10th.

“The song was inspired by a yarn of my Grandfather’s about a night in the late 50s where he and a friend were detained by the police at Middletown Barracks, Co. Armagh overnight, after they were meeting by the border junction of Ballagh-bridge, north of Mullan, Co. Monaghan. While there was no wrongdoing at play, such was the climate they lived in where you could be in the wrong place at the wrong time and become complicit in a situation not of your own creation.”

“Initially writing specifically with that story in mind, we set about creating a sound which reflects the complex and rugged environment – both physical and emotional – of the borderlands. We wanted to marry the warm sounds of home with the deep despair and anxiety brought by division of people.”

The song was recorded at Dublin’s Hellfire Studios and co-produced by FIELDS and Joe McGrath. It features performances from Kev Foran (Interskalactic, Attention Bebe, New Brass Kings) on trumpet, as well as Marie-Claire Brodie on violin.

The track’s artwork features a picture taken in North Monaghan in the late 60s, where an extended family and group of friends from across Monaghan, Armagh and Tyrone, congregated over a hunt – a common social pastime of that era in rural Ireland.

‘Border Boys’ is the second release taken from the band’s upcoming debut album which is due for release in September, and will also feature previously released single ‘Get Worse.’