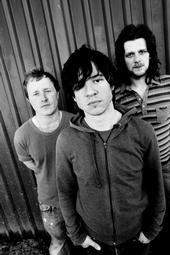 Northern Irelands finest Fighting With Wire have recently announced their UK and Irish Tour, They are back on the road for their first tour in over a year as they prepare to unleash their new album ‘bones of the twilight’ in 2011, released on Atlantic Records. Fighting With Wire have also announced they will be selling a new EP called ‘I AM URSUS’ exclusively at all UK shows, giving fans a taster of what’s to come on the new album.

For the last year fww have been writing and recording their 2nd album "bones of the twilight" in Nashville with producer Nick Raskulinecz (alice n chains, foo fighters, deftones) due for release early next year on Atlantic records the band are about to embark on a tour of uk/Ireland showcasing new material from the album.

Having just recorded a 4 track ep of previously unreleased material at smalltownamerica studios called "I AM URSUS" which will only be available at the uk shows, the band are excited about getting back on the road again and working towards the Album release in 2011.

More info can be found at – www.myspace.com/fightingwithwire