Limerick City of Culture in partnership with Behind the Scenes are pleased to announce the creation of a unique and exciting scheme, Film Limerick. This project presents a fantastic opportunity for new and emerging filmmakers to have their films produced with both funding and industry support. 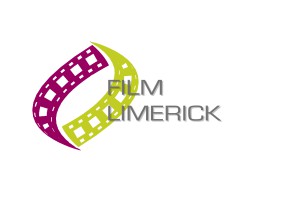 Film Limerick Project Manager, Ronan Cassidy explained, “This funding initiative aims to nurture creative filmmaking. At the heart of the Film Limerick project is the aim to shine a spotlight on Limerick as a film destination and to enable Limerick realise its potential as a film producing hub. This will facilitate the long term goal of encouraging both established and emerging filmmakers to use Limerick as a location. It also aims to develop a number of projects that form part of the legacy for Limerick in 2014,during its year as National City of Culture“

Film Limerick, is one of these legacy projects; two successful applicants will receive up to €15,000 towards productionoftheir film. The only stipulation being that filming must take place in Limerick. Each production will also receive advice and support for making the films. The first screening of the two films will take place in Limerick as part of Limerick City of Culture 2014, and the successful filmmakers will be encouraged to submit theirfilmsto festivals both in Ireland and abroad.

“2014 is an extremely important year for Limerick as Ireland’s first National City of Culture. Studies of former European Capitals of Culture show that the designation is economically valuable for a city. The benefits to business are seen long after the year of culture. My hope is that Limerick benefits from such a legacy. Projects such as Film Limerick, which aims to showcase Limerick to a wider audience, and to encourage more filmmakers to choose Limerick as a film destination, can help en-sure that there is a legacy dividend for the city. I wish the Project every success and look forward to seeing the successful films on screen in the near future.”

Welcoming the scheme Naoise Barry, Film Commissioner withthe Irish Film Board, said “Bord Scannán na hÉireann welcomes the establishment of Film Limerick and also the appointment of Ronan as Project Manager. Local knowledge and on the ground support is very important when trying to attract indigenous and international filmmakers to a region. It is very encouraging to see thatLimerick City of Culture and Behind the Scenes recognise the importance of supporting both local and incoming filmmaking talent. We look forward to working with Ronan to promote Limerick as a potential location for film and television through the IFB’s Network of Regional Film Offices”.

Film Limerick is now open for entries and Behind the Scenes are looking for filmmakers who are driving the genre of short film forward,through inspirational and innovative works. Whether you are just starting out,or you have been making films for years, this is your chance to shine.

The closing date for applications is: Monday 1st September 2014.