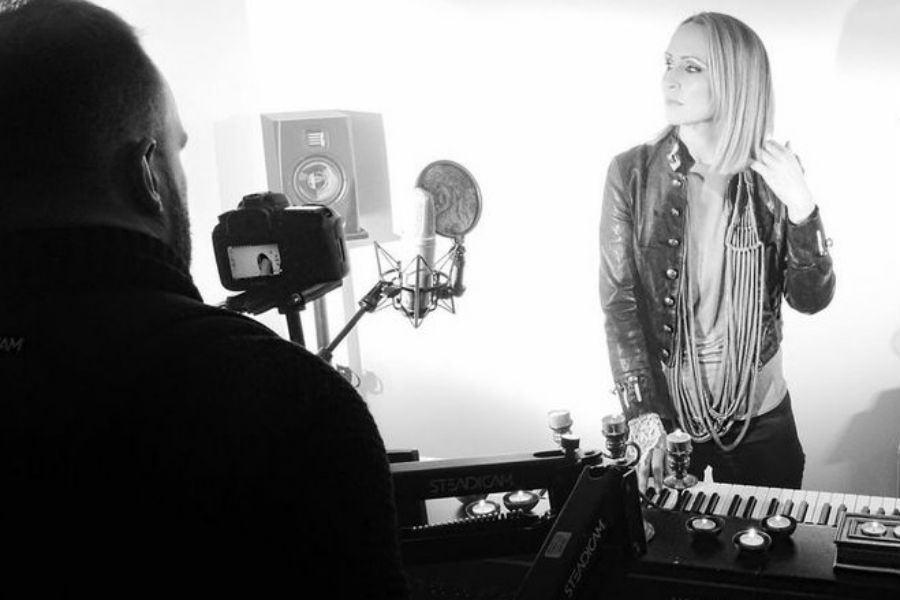 Back with her latest track ‘Little Kisses’ on 16th October, Fiona Maria draws on pop, electronic, R&B, Pop and Trap influences.  She wrote this pop track, (produced by Leo Capper and Pete Meighan) on piano.  Lyrically defiant and strong in the face of what life can sometimes throw at you, it’s a reminder that when things are tough we can find internal strength when we focus on the love in our lives. It’s a feel good track, soulful and honest.  ‘Little Kisses’ is released ahead of her debut EP, and will be on all platforms from October 16th.

Fiona Maria is a singer songwriter from Wicklow.  Having studied classical piano at the college of music (and forensic psychology on the way!), she released her debut pop single ‘Never Pray’, with a exclusive video premiere on TV3, and was playlisted across Irish and UK airwaves.  Since then she has honed her songwriting craft at BIMM Dublin, and has played many gigs across the country, including a recent Whelan’s headline. Fiona Maria has gigged with bands such as Josh Gray, Carron, Naimee Coleman, Kevin Rowe (Swing Cats), and has worked with Laoise producer Sean Behan.