First Time | A new release by the Shoos 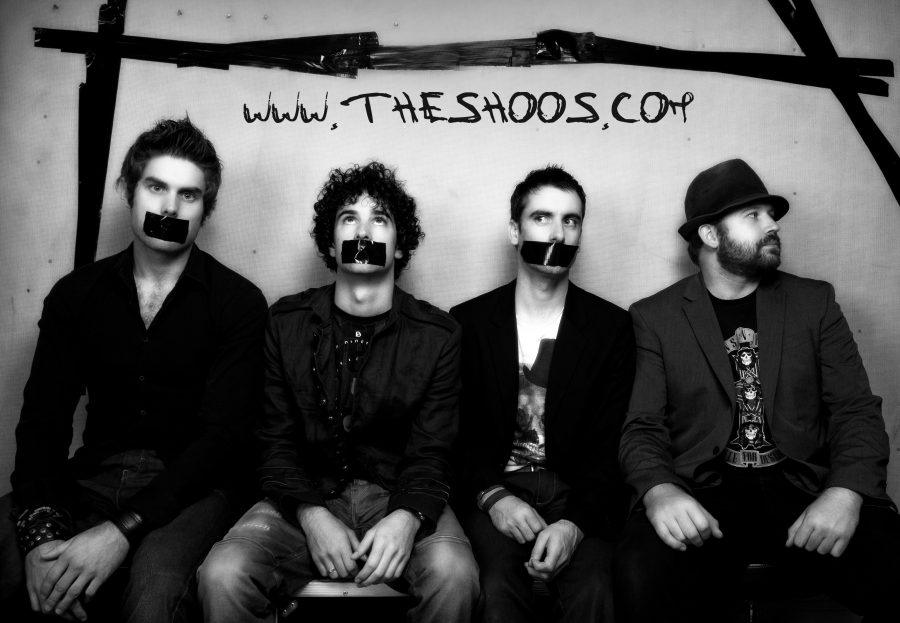 First Time (1st Time) is a new song about old times, from The Shoos and is available on all platforms from March 21st , 2020. Great times for best friends hanging out, making music and performing live together.

First Time (1st Time) is a nod to the band’s earlier years together and signals Tex, Scott and Steve recording together for the first time since their self-titled 2016 album. During the interim the lads have been enjoying life as Dads (and uncles), living in other countries and lots and lots of Golf, except Tex who will not conform to golf. Ever! “We have been generally living and loving life and getting ready to get back in to studio again to record some more new tracks, to do what we love.”

Some of the band’s final shows before taking some time out to enjoy other parts of their lives include guesting with Jeff Lynne at both his 3Arena and Birmingham Arena Shows during the summer 2016.

In the band’s earlier years, The Shoos caught the attention of radio & media with the release of some cracking singles, and subsequently rewarded with generous radio support. In addition, the band was selected on various occasions as UTV Radio’s Select Irish Artist of The Month, IASCA’s Play Irish artist of the week repeatedly on various stations, Dermot & Dave’s Homegrown Heroes and many others. All of this, together with TV appearances and successful live shows have given the band a solid audience of loyal fans.

The Shoos launch onto the scene was further enhanced in 2010 when invited by industry heavyweights One Republic to guest on the Irish leg of its European tour after members popped into a Whelan’s show while in the city for rehearsals. Since then the band also enjoyed high-profile guest slots with Maroon 5 , Life House & Taylor Hawkins (Foo Fighters), amongst others.

With three albums to date; 2011’s No 1 Rescue Room , 2012’s Panic Slowly and 2016’s The Shoos , the band “is enormously excited to share its new single” , said Tex. He followed, “With Scott coming home we thought St. Patrick’s week was as good as any to get the new show on the road!” “Bottom line we are delighted to be recording again, releasing again and also have plans underway for some live performances.

“We are doing this for fun. There is no big agenda, we have always enjoyed playing music together, so why not now, again?!”