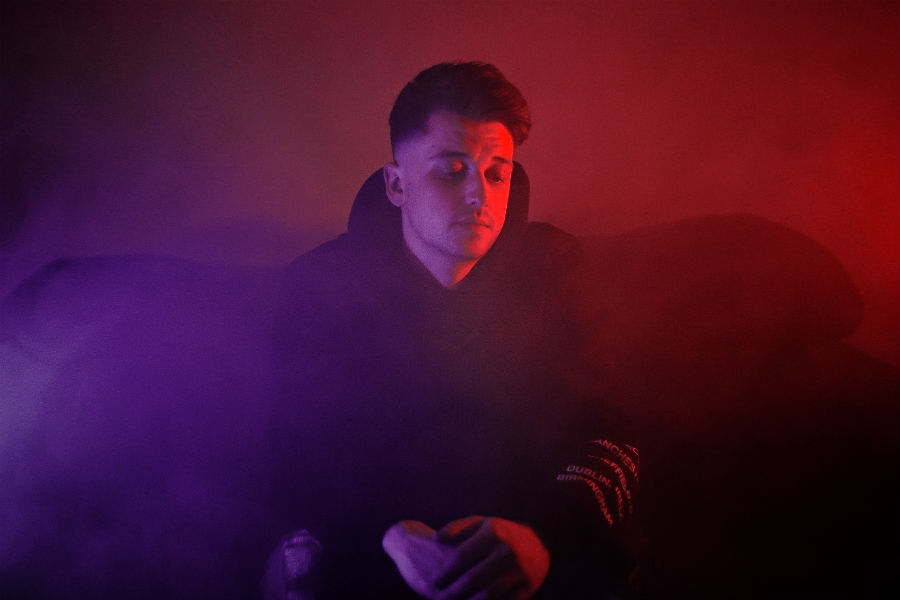 The next artist who looks set to make the leap into the mainstream musical consciousness both in Ireland and in the world is an act known as Flynn. Flynn, real name Darren Flynn, was raised in Mullingar, Co. Westmeath but has spent the last number of years plying his trade in the U.K.

His British journey began in Bristol, where Flynn fell in love with 90’s hip-hop and R’n’B. He gigged and busked every day for a full three years, sometimes even playing four open mic nights a week, all in order to develop his craft. As his reputation as a talented singer, wordsmith and musician began to turn heads, he moved to London in an attempt to take his music career to the next level and to develop himself not only as an artist but as a writer.The track was first written in a year ago but never quite got the attention it deserved.

Upon joining Diffusion Lab, the team set about writing a second verse, a bridge and adding the depth of instrumentation you hear on the track today.

‘Red Light’ is a representation of everything Flynn has come to represent. With a combination of his acoustic beginnings and the introduction of smooth, dance-inducing synth, the song stands out thanks to the sing-aloud chorus, made all the better thanks to the strong falsetto vocals provided by Flynn himself. The stylish choral-layering of Flynn’s voice lifts the bridge and adds to the track as it reaches its triumphant finish. Flynn’s voice throughout is exceptional, especially considering he has never taken vocal lessons. The control which Flynn has when it comes to the higher register of his all-encompassing vocal range is staggering, and the power behind his voice in the songs more subdued moments highlights an artist well capable of altering styles instantaneously.

“When I wrote Red Light I was basically writing a note to myself. The song is about finding the courage to dive into life head on without any hesitations or second thoughts. I remind myself that overthinking will only hold me back and that taking risks is the only way to progress and succeed.” Flynn explains.

With more music on the way, 2018 looks set to be the year in which Flynn takes his place in the upper echelon of new musical talents in Ireland. Given the journey he has already had to this point in his career, it’s clear that when it comes to success nothing will get in his way.

‘Red Light’ the new single by Flynn is available to stream on March 2nd.