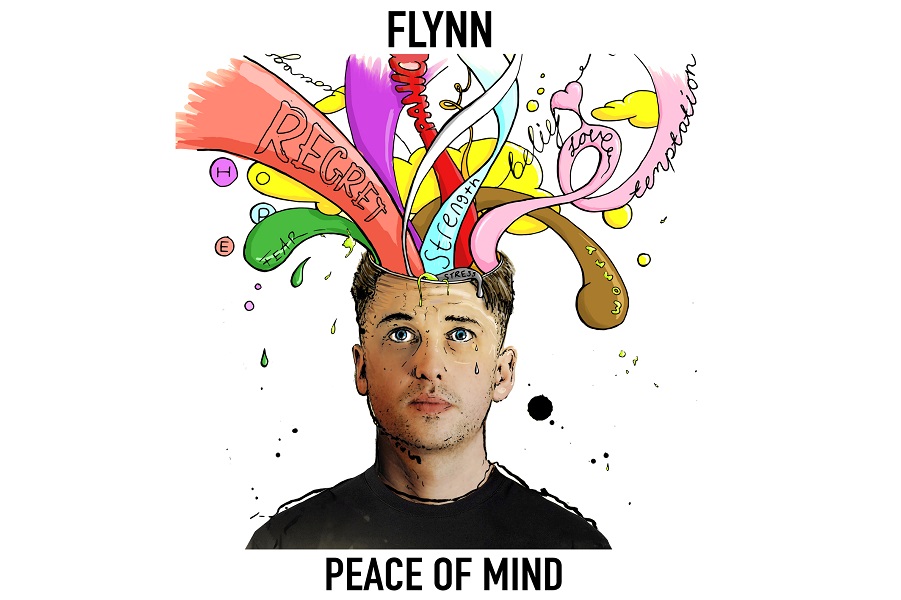 FLYNN takes a more personal approach with his second single ‘Peace Of Mind’, a follow-up to its hugely success predecessor, ‘Red Light’. FLYNN describes the song as an ode to self- confidence and the ability to focus on yourself. “People are constantly telling me what I should be doing,” FLYNN explains, when asked about the songs origins. “It’s about being confident with my own thoughts and running with them rather than taking other people’s opinions on board”.

‘Peace Of Mind’ was first conceived of as a song more than a year ago, during a writing session with songwriter Hannah Wilson (who’s previously worked with collaborators of Ed Sheeran, Demi Lovato). The magic of the song was truly discovered upon FLYNN’s arrival at Diffusion Lab and it wasn’t long before the song took on a life of its own.

Soul-pop vocals and piano-lead instrumentation inject the song with its distinct personality and flare, as its lyrics provide a very personal view into the mind of an artist certain of his sound, direction and place in the musical landscape.

With a busy summer ahead with more music on the way and festival appearances, FLYNN has never been in more demand, but despite everything, he has finally found the peace of mind he strived for.

‘Peace of Mind’, the new single by FLYNN, is available to stream / download on June 1st.