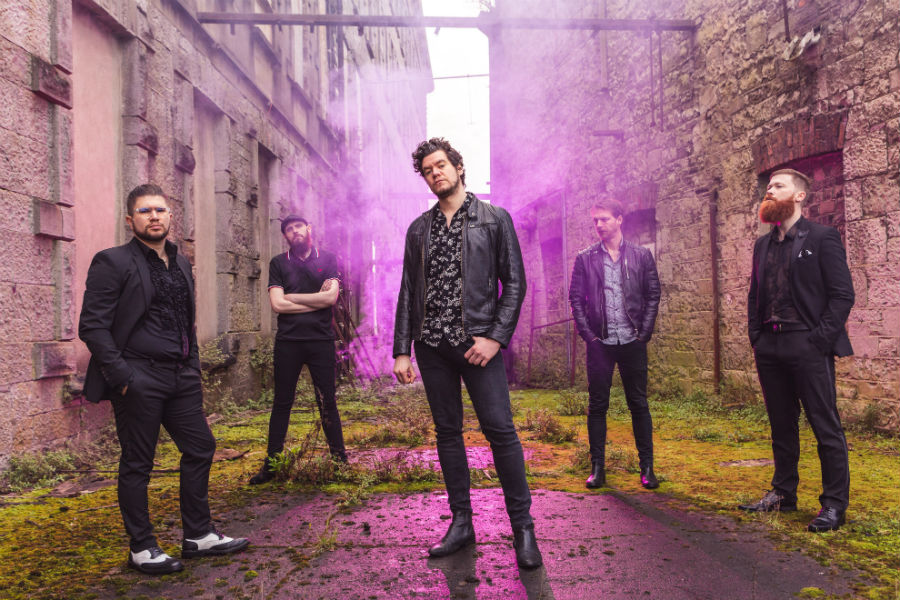 Fox Jaw have just released ‘Sun Goes Sideways’ taken from their forthcoming album ‘Breathe In The Strange’, out Friday February 21st 2020 on All Platforms.

‘Breathe In The Strange’ is the third studio album from Limerick City natives, Fox Jaw. Recorded at Even Audio with producer Mike Gavin of Windings and Mastered by Richard Dowling at Wav Mastering (David Bowie, Foo Fighters, Interpol).

2019 has seen the band release two new singles ‘Madeline’ and ‘Let It Run’, both to great critical acclaim, followed in 2020 with the albums lead single ‘Sun Goes Sideways’, a song that lead singer Ronan Mitchell describes as about, “one of those nights that seem to be frozen in time, with no end in sight.”

Fox Jaw are a musical brotherhood that have honed their craft over the last two decades across various musical projects. Comprising of Ronan Mitchell, Morgan Nolan, Shane Serrano, Kieran J. Sims and Manolis Pates. An independent band with a DIY ethic, they make sure to have a polished approach in all their creative outputs, with all music videos and artwork created by the band themselves, but most importantly, in their music they take pride to always have a distinct Irish touch.

Once described as, “a modern band with an old soul”, they have a swaggering genre-defying growl, that keeps things sweet and melodic with an honest collection of dark pop songs. Their music has drawn comparisons to the likes of Tom Waits, Interpol, Pixies and yet sound like none of the above. “Therein lies the beauty of the Limerick quintet … Fox Jaw triumphantly embrace their weirdness” – The Irish Times

They’ve shared the stage with such acts as: Against Me!, Steriogram, And So I Watch You From Afar, Alabama 3, The Redneck Manifesto, Jape, Hayseed Dixie, Hermitage Green and bizarrely once… Calvin Harris.

More shows to be announced