Dublin based alternative band Fred and Bob are to be featured in the next Riot Grrrl Berlin Compilation scheduled for release as a free download from October 25th. The track “Lady”, taken from their Anti-Gravity Love EP was selected for inclusion in the fifth instalment of the compilation, entitled Mansplaining on the Dancefloor. All artists featured on the compilation are from bands with at least 50% female membership, and Fred and Bob fly the flag for Ireland in a compilation featuring artists from twenty countries. 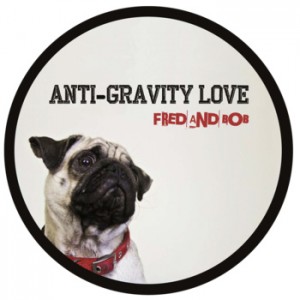 The band have also been receiving further interest from abroad with recent news of tracks from the Anti-Gravity Love EP featuring on several college radio stations across the Atlantic, including CHYZ and CFUR in Canada and the award-winning Radio De Paul in Chicago.

Fred and Bob returns to the road in November for a mini-tour across Ireland:

The Anti-Gravity Love EP is available for free download from the Fred and Bob bandcamp page.

Contrary to what the name may suggest, Fred and Bob is actually a Dublin based, four-piece alternative band consisting of three girls and one boy. The hard working band has played numerous venues and festivals around Dublin and Ireland including typically energetic performances at Electric Picnic 2011 and the inaugural Camden Crawl Dublin 2012.

Since 2009 Fred and Bob have consistently received strong radio support. The debut single Hex You received airplay on BBC 6 Music, 2FM, Phantom FM and Today FM. The follow up On a Good Day… EP led to a commendation from Jim Carroll (Irish Times), further airplay from Rory McConnell (BBC Radio 1) and a studio session for Dan Hegarty (2FM).

The bands last single, Caramel Back, cemented their position on national radio with widespread airplay on 2FM, Today FM and Phantom FM in Ireland. Growing international interest was also evident with airplay in the UK, Netherlands and the US.

Dan Hegarty (2FM):
“Dublin’s Fred & Bob are not a duo just in case you’re wondering. They do however have a habit of writing the kind of songs that The Breeders, Sleater Kinney and Veruca Salt would have given their eye teeth for during the 90s! It’s not all retrospective though, these guys and girls have an energy that is so infectious.”

AU Magazine:
“Infectious and punchy in all the right places, the four short tracks hint at great things to come for the band over a full-length studio release.”

Across the Line (BBC Radio Ulster):
“Seemingly on the road to carving out their own punchy brand of mildly anthemic, instantly memorable rock.”

Chew Your Own Fat Blog:
“If you love The Pixies, and that whole alternative vibe, then the only excuse you have for not owning this EP is that you’re mentally challenged. I would turn tricks to fund an Albini recorded album by this band.”