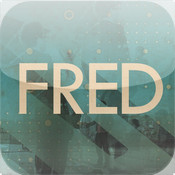 Fred shot a video for ‘Villains’ with director Sammy Ray Welch while on their Canadian tour last month. Villain’s features on their double A-side single out on June 8th.

Fred have been invited to play in London during the Olympic games, they will also play at this years Galway Arts Festival & play a special show on Fota Island, Cork for the inaugural Ford film festival. More summer dates to be announced soon.

Album: Leaving My Empire is out now.