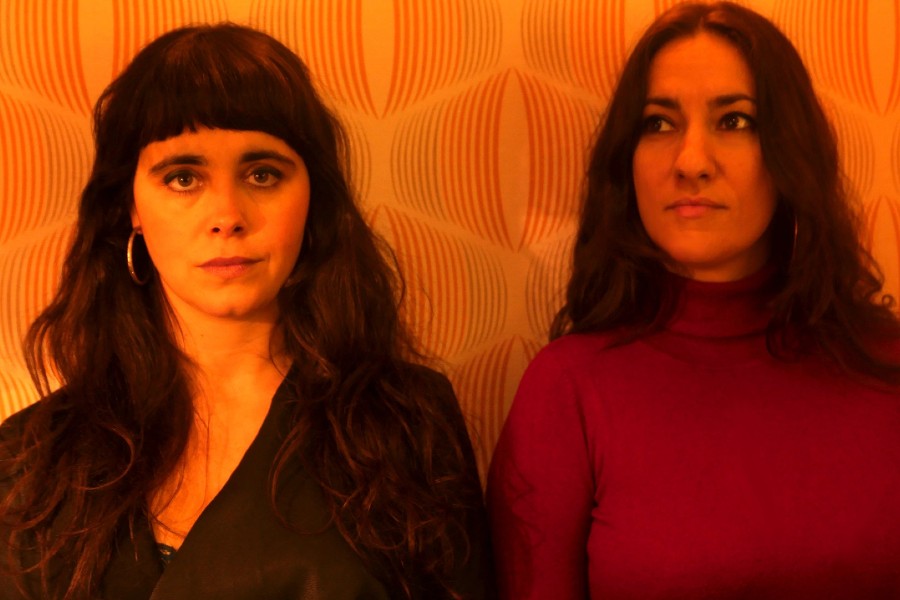 Following on from the success of their self-titled debut album released in January of this year, VARO have today launched a fundraising campaign for an ambitious collaboration project, which will culminate in a series of live music videos, and a new album, featuring 12 of Ireland’s most exciting and exceptionally talented traditional and folk musicians on the scene.

Support the project at https://www.varodublin.com/collaboration-project

VARO are singers and fiddle players Lucie Azconaga (from France) and Consuelo Nerea Breschi (from Italy) who perform Irish traditional songs and tunes with arrangement influences from the Folk, Baroque and Classical traditions, weaving around the melodies with harmonies, drones and countermelody. The duo met in 2015 having moved to Dublin to pursue their love for Irish traditional music, and immediately started a fruitful collaboration. They travelled to Ireland along different musical paths, Lucie from jazz, classical music, and French folk, Consuelo from Irish trad, folk, and world music.

Over the years, Lucie and Consuelo have had the pleasure of working in various other projects, such as Landless, Lisa O’ Neill’s Band, Ye Vagabonds, The Morning Tree, Alasourse, The Nomadic Piano Project; and now, they are assembling a phenomenally talented group for a new collaboration album and video series.

Lucie and Consuelo’s idea for this project was born from the context of isolation artists have all experienced in recent months. They wanted to find a way to stay connected to their musical friends and create something a little different during these strange new times.

Varo approached twelve Irish traditional and folk artists to work with them.

Each act will team up with Varo to learn and develop a traditional song that isn’t part of either of their repertoires, and they will combine their musical influences to create something unique for this project.

Careful research is being put into the selection of traditional songs for the album, which each relate to themes arising out of the COVID19 lockdown: loneliness, isolation, relationships, being away from your family or home, the importance of friends, mental health, anti-racism, and changes in society.

With your support, the result will be a series of eleven live video performances, shot in eleven different locations in Dublin and in the surrounding counties, which will premiere online between October and December 2020, plus an album of Traditional and folk music produced by John ‘Spud’ Murphy of Guerrilla Studios (Lankum, Crash Ensemble, Katie Kim), whichwill be released in December 2020.

If you would like to support Varo through their musical journey, you can click on ‘Donate’ on their website and give what you can, or click ‘Rewards’ and choose one of many of the rewards on offer, which include: Digital Albums, CDs, Vinyls, Artwork Prints, T-shirts, Gigs Tickets, Workshops, and Garden Concerts at home.

A message from Varo:

“We have never spent such a long amount of time without being able to play for and with other people. Sessions like McNeill’s, The Cobblestone, Walshe’s, where you go to play with your friends or just listen to them play over a pint were/are a very big part of traditional Irish music and an important part of our lives as traditional musicians.

After 3 months of lockdown, not knowing when this could happen again, we needed to find a way to create something but not only by making a new VARO album but by creating a context of musical encounters with people we used to share sessions with.

Also, the crisis that the world is going through at the moment is having such a big impact on people’s lives, not only regarding work or wearing a mask but everything from the very basics of social life to the way society is being run at the moment. So we decided to do something that would bring us happiness in the making and that would be meaningful in the times we’re living.”