THE FUTURE OF MUSIC 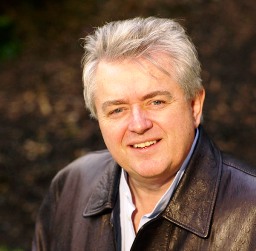 ‘THE FUTURE OF MUSIC in the Digital World’
to be explored at international conference in Dublin Castle.

With access to music now just a click away for most of us, very few of the tried and tested ways of accessing music remain unchanged. Can we, or should we, attempt to predict the future? Have we even begun to deal with the present yet?

This major conference brings together high-level international speakers to explore and debate issues around the meaning of digital culture: how it impacts on the creator and the performer; and the implications for copyright in a world which has come to expect music to be free.

Who should attend?
The Contemporary Music Centre (CMC) is inviting creative artists and organisations engaged in any area of composition, performance, publishing or distribution across all forms of music in Ireland to join the debate in the Coach House, Dublin Castle, on 11 June.

Keynote speakers
• Minister for Tourism, Culture and Sport Mary Hanafin TD, performs the official opening.
• Traditional musician and composer Prof Mícheál Ó Súilleabháin of the University of Limerick and the CMC Board gives the keynote address.

International speakers
• MediaFuturist, Musician and Author Gerd Leonhard (Switzerland) described by the Wall Street Journal as ‘one of the leading Media Futurists in the World’.
• Andrew Dubber (New Zealand), Reader in Music Industries Innovation at Birmingham City University and founder of MusicThinkTank.com and MusicAsCulture.org.
• Composer Bill Whelan (Ireland), best known for his award-winning music for the show Riverdance and films such as Some Mother’s Son and Dancing at Lughnasa.

Other events
• Panel discussion on ‘The Future of Music in Ireland’.
• Lunchtime concert by Irish jazz group Métier.
• Networking reception hosted by Culture Ireland with address by Eugene Downes, CEO.

Eve O’Kelly, director of the Contemporary Music Centre, said: ‘Now that we all access music online and listen to it on the move, the music business has changed radically. Anyone who writes or plays music, or works in music management or publishing in this country, needs to rethink how they connect with their audience. After all, music is one of Ireland’s most successful exports into the global market.’

The Future of Music is presented as part of the Annual Conference of The International Association of Music Information Centres (IAMIC) hosted by CMC in Dublin, 9-12 June 2010, with funding and support from the Arts Council/An Chomhairle Ealaíon, the Irish Music Rights Organisation (IMRO), Culture Ireland, Fáilte Ireland, the Dept of Tourism, Culture and Sport, IAMIC, the Embassy of the United States of America and the Improvised Music Company.

The Contemporary Music Centre is Ireland’s national archive and resource centre for new music, supporting and developing the work of composers throughout the Republic and Northern Ireland. It is used on a national and international basis by performers, composers, promoters and members of the public interested in finding out more about music in Ireland.
Full details and registration: www.cmc.ie/future-of-music
Enquiries: ei.cmc@ecnerefnoc    Tel +353-1-673 1922    Fax +353-1-648 9100.Delegate fee €50; concessions €35 (includes buffet lunch, refreshments and reception).
Early bird discount of 10% up to 7 May. A limited number of bursaries are available.