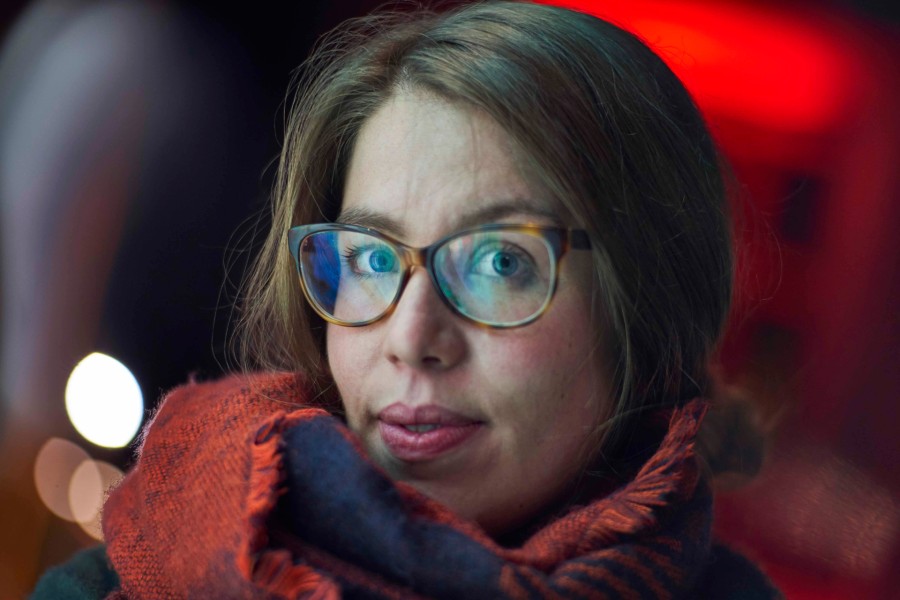 Galway artist Niamh Regan has long been lauded as one of Ireland’s most promising folk talents, and she’s about to prove just that with the release of her debut album ‘Hemet’, out today [4th September 2020] via Galway’s new record label Black Gate Records.

The Irish Times described Regan’s teenage demos as, “bursting with potential”, and at seventeen this precocious folk singer won a Paul Brady scholarship to study flute and guitar at the University of Limerick. Here, she formed the trad/bluegrass band Juhn Echo, and once again drew plaudits from The Irish Times who highlighted her “stunning vocals”.

After completing a degree in music, Niamh released her debut solo EP ‘Tried To’ in 2017 and follow-up single ‘What To Do’ in 2018 earning gushing praise from the likes of Hotpress (“beautifully crafted… captivating”) and Nialler9 (“a timbre that is commanding and wise”).

But who is Niamh Regan now? Comparisons with contemporary artists such as Laura Marling, Lisa Hannigan, This Is The Kit and Sarah Jarosz have popped up regularly in the UK and Irish press, while discerning critics detect the influence of Nick Drake, Bert Jansch, Richard Thompson, Tom Waits, Paul Brady, and Karen Dalton.

One thing is for sure: with the release of her debut album, ‘Hemet’, Niamh is about to carve out her own niche in the world of contemporary folk music and fulfil the potential she showed as a teenager.

Chatting about her debut, Niamh says: “I recorded this album after one of the most challenging years I’ve faced so far. I lost my mam, got married, went back to school and I grew up a bit (I think). My world got bigger and smaller all in one breath, and this album ‘Hemet’ is all about that.”

Explaining the album title, Niamh adds: “My husband is originally from a small desert town called Hemet, in California. And my two favourite songs on the album are ‘Hallelujah Game’ and ‘Two Seagulls’ which he co-wrote with me. It’s not so much a big soppy concept behind this album title but rather just a tip of the cap to a place that has given me community, support and inspiration for these songs. It feels fitting and I think it’s a nice word to say…. so Hemet. Maybe the next album will be called Kilrickle…”

‘Hemet’ is an album full of musical accomplishment, emotional maturity, and subtle craft. It is the long-awaited arrival of a truly immense talent. It is out now on digital, CD, and vinyl, via Black Gate Records.

The album will be officially launched tonight, Friday 4th September, at 8pm with a special video concert from the Black Gate. The link will be shared here at 8pm: https://www.facebook.com/events/801662413934828/

“We would have loved nothing more to have had you all down to experience this live, but, as things are, we might have to wait another while for that. It has been a strange time for everyone, and with all of the fear that seemed to permeate our screens for months on end, we were delighted to be able to throw our energy behind creative projects that inspired us, and to put our energy into positive action.

It’s not every singer that you hear that compels you to set up a new label just to put their music into the world.

We are really proud to have helped to grow such a wonderful community of people within the structures of the Black Gate over the past 4 years and it means a lot to us when we see the amazing support that Niamh has been getting from you all. We miss you. Take Care and see you for the virtual album launch.”