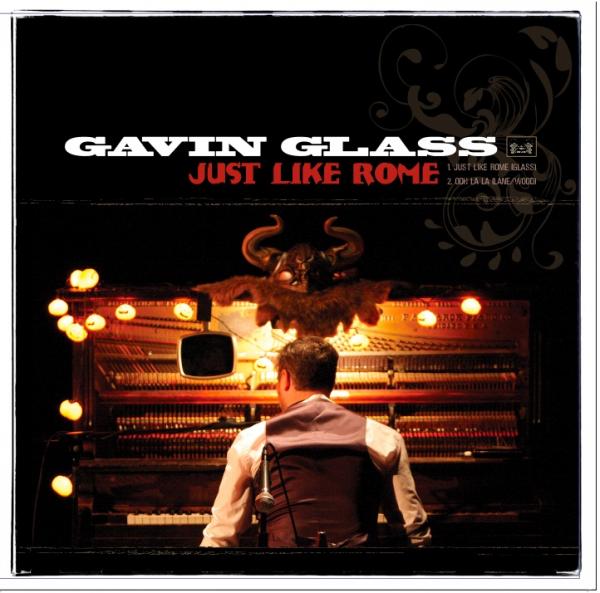 Releases his new single
‘
Just Like Rome’ on the 23rd April taken from album MYNA BIRDS (May 28th)
‘Just Like Rome’ is the first single to be taken from Dubliner Gavin Glass’ forthcoming third album, ‘Myna Birds’.
The single comes flip-sided with Gavin’s version of The Faces classic ‘Ooh La La’ which was recently used in the long-running Meteor television ad campaign.
‘Myna Birds’, which features collaborations with members of The Black Crowes & Wilco, is the follow up to his critically acclaimed 2007 release ‘Gavin Glass & the Holy Shakers’ which received a very rare 9 out 10 from HOTPRESS on release.
Glass has spent the last two years working & touring with Lisa Hannigan as a multi-instrumentalist in her band and contributed to her recent Mercury Nominated album ‘Sea-Sew’. His forthcoming album, ‘Myna Birds’ was recorded in Nashville, Tennessee during a break from Lisa’s recent North American tour.
An introduction to Steve Gorman of the Black Crowes after a show in Boston led to an all-star band being put together, featuring: Audley Freed (Black Crowes, Train, Cry of Love, Dixie Chicks), Ken Coomer (Wilco, Uncle Tupelo) and Jen Gunderman (Jayhawks). These are all bands that have had a resounding influence on Glass’ unique Irish flavoured Americana. Gavin and the band set-up camp in Nashville’s Eastwood Studios and recorded the album on the endangered format of analogue tape over an intensive two-weeks in March of last year. The album was then completed with the help of friends back in Dublin in between Hannigan’s hectic touring schedule.
Myna Birds will be released on Orphan records on May 28th
Tour Dates to be announced soon.
Latest News