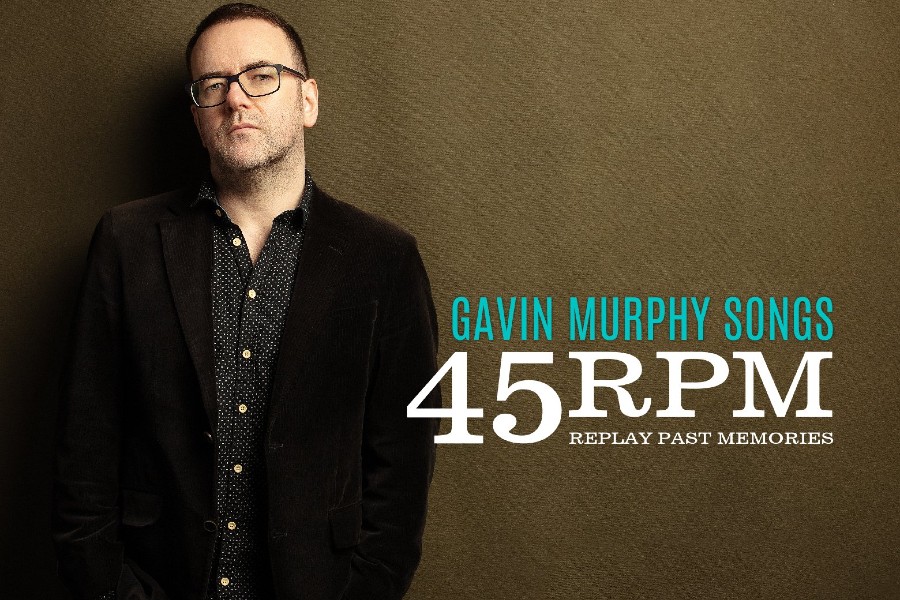 Gavin Murphy is the lead guitarist and band manager of the successful Smiths tribute band These Charming Men, which he formed in 1995. Working as a session guitarist, both live and in the recording studio, led to Gavin writing songs of his own.

His debut album ’45 RPM (Replay Past Memories)’, released 24th April, is trailed by two singles. which have both received a successful run of airplay. The first single ‘My Regret’ was played by Fiachna O”Braonain on RTE Radio 1. The second single ‘Shipwreck Gold’ was playlisted on Galway Bay FM and KCLR 96FM. Both singles were made “Song Of The Week” on Ocean FM.

Living on Ireland’s north west coast, Gavin Murphy hails from Dublin’s North Side. The album was recorded and produced by Gavin in his home studio in Sligo. His eldest son, Daragh, lives in Oslo and is an accomplished guitarist and music producer also features on the album, co.produced three tracks and playing on a number of the songs.

Gavin would like to thank and acknowledge friends and co-writers : Tony Kavanagh, John McGeer, with particular thanks to Rob Malone (David Gray, Hot House Flowers), for co-production on ‘My Regret’ and bass playing across the album.