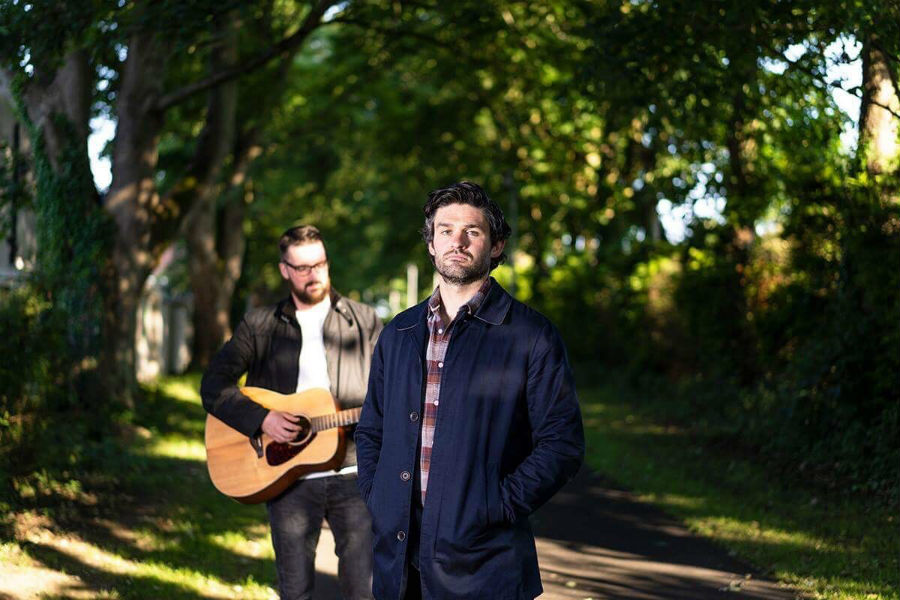 Singer/songwriter George Hutton who has toured globally with ‘The Five Irish Tenors’, ‘Anúna’ and is set for a new 2019 tour ‘Songs of Ireland: A Celtic Celebration’ with Columbia Artists, has teamed up with Irish songwriter Kieran Brown to create ‘The Inside Out’.

Their debut single ‘Hold On’ will be released on the 28th July on all major digital platforms, with a full EP release coming in September. The song was produced by renowned singer/songwriter Paul Casey, featuring himself on guitar, Liam Bradley on drums and John McCullough on hammond.

Kieran and George are hoping to raise awareness for men’s mental health with the song that tells a powerful message.

‘As someone who has struggled with mental health issues in the past, I’ve been blessed to have good people and support around me. I think all men have at some point struggled mentally but have feared judgement if they talk about it. There’s a sense of machismo in society today, that it’s not cool to talk about your feelings or show emotion. We hope to spread a message that it’s alright to open up and talk about what’s on your mind.’ Said George

Joe.ie has described George’s voice as ‘Spine-tingling’, PureM Magazine says he’s ‘Vibrant…vivacious….powerful’, The Independent put it simply ‘He can sing, properly’ and the Chicago Tribune quotes his performances to be ‘Tender and Triumphant’