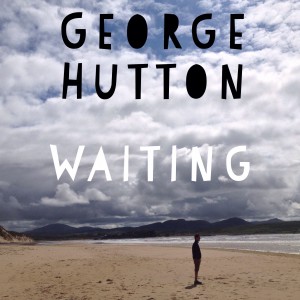 Singer/songwriter George Hutton who has graced the stage with the likes of Hozier and Glen Hansard has officially set out on creating a solo career of his own. When George performed his first original song “Waiting” for BBC Music Day people were wondering why they couldn’t download it!

Well that’s because he hadn’t even recorded it yet, but the wait is over and his song is now available to download on iTunes.

This upbeat pop song with catchy and story telling lyrics comes with a message, go for it. George works closely with friend and fellow musician Andrew Dempsey, Andrew is also lead singer of ‘The Rain’ a group to watch out for in the near future.

‘This song is a representation of everything that has happened throughout my life to date. It tells a story about taking chances and going for it. If someone had said to me 5 years ago that i’d be singing at the BBC Proms, would have 3 international tours with Anuna, win 2 European gold medals, star in a new TV series ‘Exiles: Vancouver’, that i’d sing with Hozier, Glen Hansard and release my first single, i’d have laughed at them! But it’s all true and there’s only one person who made those dreams a reality, me. At the end of the day It’s up to the individual to put the work in. I hear people making excuses everyday and it makes me sad to see so many people not realize their potential. I finally believe that i’m on the way to reaching mine and I won’t stop until I get there. I love music, singing and writing and nothing will ever stop me from doing what I love.’

George is currently working on his first EP with co-writer Andrew Dempsey and he is very much looking forward to what the future has in store.