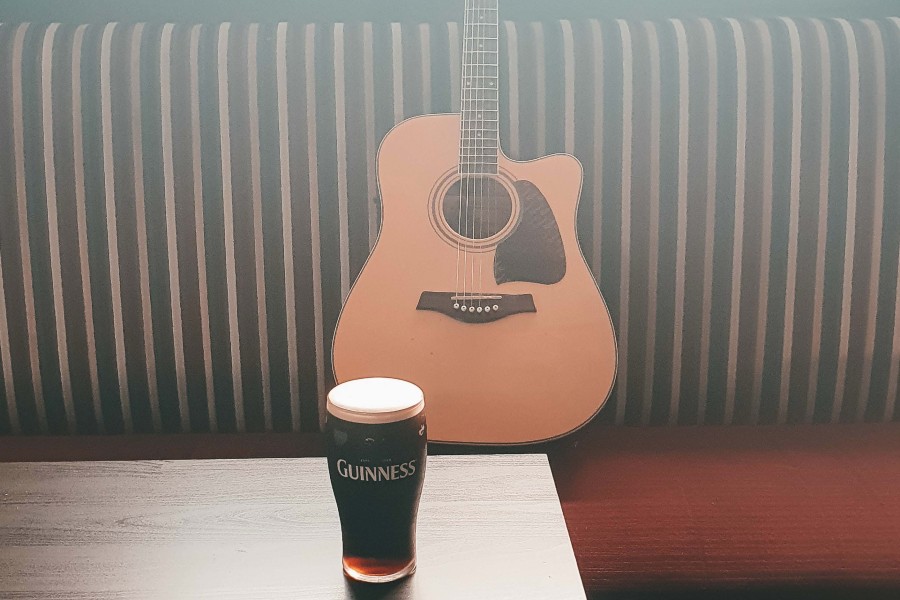 George Murphy, who hails from the Dublin suburb of Beaumont, exploded onto the Irish music scene after memorable appearances on the RTE television show “You’re a Star.” Just out of secondary school at the age of 17, he very quickly took over the Irish music scene. He signed to Sony Ireland and his debut album ‘Dreamed A Dream’ went to No.1 in the Irish charts. The album eventually went on to gain triple Platinum status. His brilliant version of ‘Raglan Road’ was matched only by the great Luke Kelly. He has also toured with The High Kings.

More recently he has been performing and touring with The Rising Sons. The Rising Sons are not your typical band. What initially started off as musicians at a session progressed to a collective of musicians, and they have performed on many of the stages of Ireland . Mixing electric rock guitar and bass with whistles and bodhrans gives the band a very unique sound.

Inspired by COVID, ‘Dublin Inspires’ was released on October 1st and is the first track from their forthcoming album release later this year.

“I always felt after years of delivering Dublin ballads written by other people that in order to really hold my head up high I would need one of my own. I tried on lots of occasions but was never happy with the content I came up with. That was until now and until The Sons helped me to come up with ‘Dublin Inspires’. The track captures our sound perfectly and the video captures the atmosphere that a Sons session can bring. Being well aware of what has come before us “The Shoulders of Giants I stand upon” but seeking out our own niche going forward.”

‘Give UsOur Good Times Back’ is a follow on from this single, remembering the times when we could all congregate and make music together.

In association with the Axis Ballymun, George Murphy and The Rising Sons will perform their own special tribute to Luke Kelly for what would have been his 80th Birthday on November 17th. It will be streamed live on Facebook. Details here.

‘Give Us Our Good Times’ back is available on iTunes here.