Irish born Declan McLaughlin (aka Decky Hedrock) has been producing under the name Sirkus Sirkuz since leaving The Japanese Popstars.  Gaining success with each release and major support from many of the worlds biggest DJs and producers including Leftfield, Benny Benassi, Fake Blood, and Fatboy Slim; his career continues to be as prolific as ever.  He is currently hosting the popular monthly dance show Sirkus Sirkuz Presents on RTE2FM radio, constantly releasing his own brand of tech house, as well as playing many clubs and festivals under his new moniker. 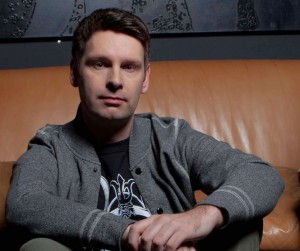 On the 30th June Sirkus Sirkuz will be releasing another EP on US based 9G Records called ‘Ghettoblaster EP’.  This time, a double A-side release which features ‘Ghettoblaster’; a heavy festival banger that uses an old S’Xpress sample and also ‘Credence’; a hugely popular track in his live show over the last year.   ‘Credence’ has already been BBC ATLs Track Of The Day, received much national radio airplay alongside the main title track ‘Ghettoblaster’.  Both tracks have gained massive support from various well know DJs like The Flash Brothers, Eddy Temple Morris, Robbie Rivera and major radio play on stations such as XFM, 2FM, BBC Radio and more.

Then on hot on the heels of that release, Sirkus Sirkuz drops another EP called ‘Paranoid’ on the 19th July, with UK based tech house label Whartone Records run by Sonny Whartone.  ‘Paranoid’ has been quite a big techno track for many DJs that got early copies and is expected to set many tongues wagging when it is released next month.  The flipside is a remix coming from Deeplift.

Sirkus Sirkuz has also done some high profile remixes which will be hitting club and festival sound systems over the summer.  Starting off with two massive Sirkus Sirkuz reworking of the old 1999 Cut LaRoc anthem “Freeze” which will be released on Skint Records (home of Fatboy Slim), as well as the cool Australian record label Vicious Bitch releasing two Sirkus Sirkuz remixes of Zeskullz new track “Devil” and then finally a special remix of Doorlys cover of the classic The Beloved track “Sun Rising” which will see release this summer too.

Over the past year the Sirkus Sirkuz Presents radio show has been growing in popularity and gaining major listenership on RTE 2FM (which has over 120,000+ listeners).  Sirkus Sirkuz Presents is a monthly radio show dedicated to bringing the best new House, Electro and Techno music, as well as showcasing local Irish talent amongst international producers.  A regular feature on the show which many producers crave, is the monthly “Serious Sound Award”.  This accolade is selected from the tons new music and presented to the very best track each month. The show has become that popular that it is now syndicating out the monthly broadcast to various other independent radio stations across the UK and Europe.

You can catch Sirkus Sirkuz playing as part of the live outdoor daytime showcase of electronic music during Derrys long running Celtronic Festival on Saturday 27th June at the Craft Village.