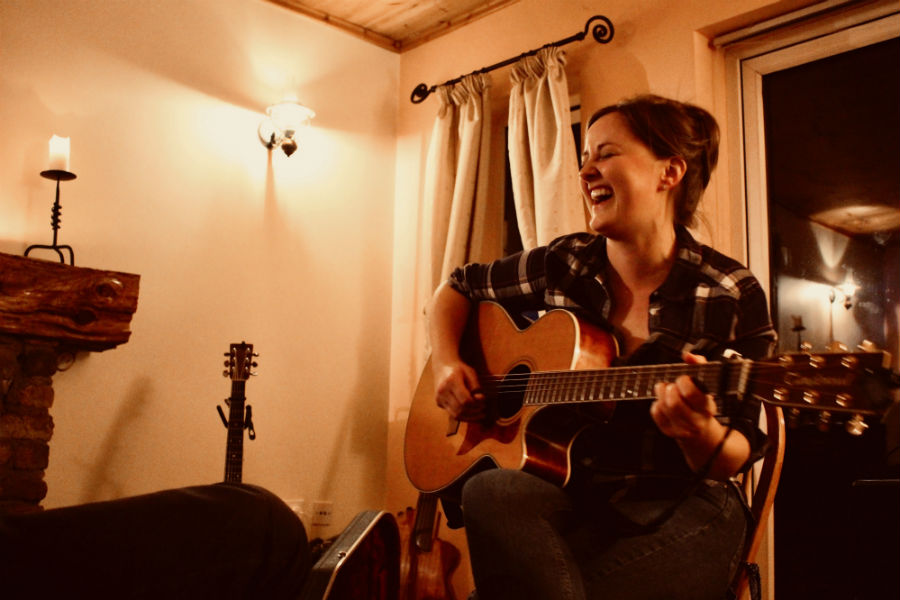 ‘The Way You Smile’ is an upbeat folk song about the beauty in daily interactions, and how something as simple as a person’s smile can tell us so much about them.

Co-written by Gillian Tuite and Charlie McGettigan, ‘The Way You Smile’ was recorded at TJ Tunes in Nashville, Tennessee.

Around the time that Gillian Tuite started playing guitar at the age of ten, she watched Charlie McGettigan on television winning the Eurovision Song Contest with ‘Rock ‘n’ Roll Kids’. It wasn’t long before she sneaked into a bar in her native Oldcastle, Co. Meath to hear him play. By then she was discovering her love of songwriting and fingerstyle guitar in particular, and Charlie became a big influence.

Fast forward a few years and Gillian was thrilled to be invited as a guest on Charlie’s radio programme on Shannonside Northern Sound to promote her debut EP. They have since performed shows together in Cavan, the ‘in the round’ setting lending itself to much fun and lots of collaborations.

It was while performing these concerts that they talked about writing a song together. ‘The Way You Smile’ began, fittingly, as a catchy fingerstyle guitar riff.  The song was inspired by the idea of wanting to connect with someone based on something we see in their smile.

‘The Way You Smile’ was written just days before Gillian flew to Nashville in the summer of 2018 to record with Thomm Jutz, in a session which also produced her most recent single ‘Something We Should Try’.

In preparation for the release of ‘The Way You Smile’, Gillian put a call out among friends, asking for photos of people smiling, and was overwhelmed by the response. These images were compiled in a music video by Declan Cassidy, which provides a wonderful accompaniment to the song.