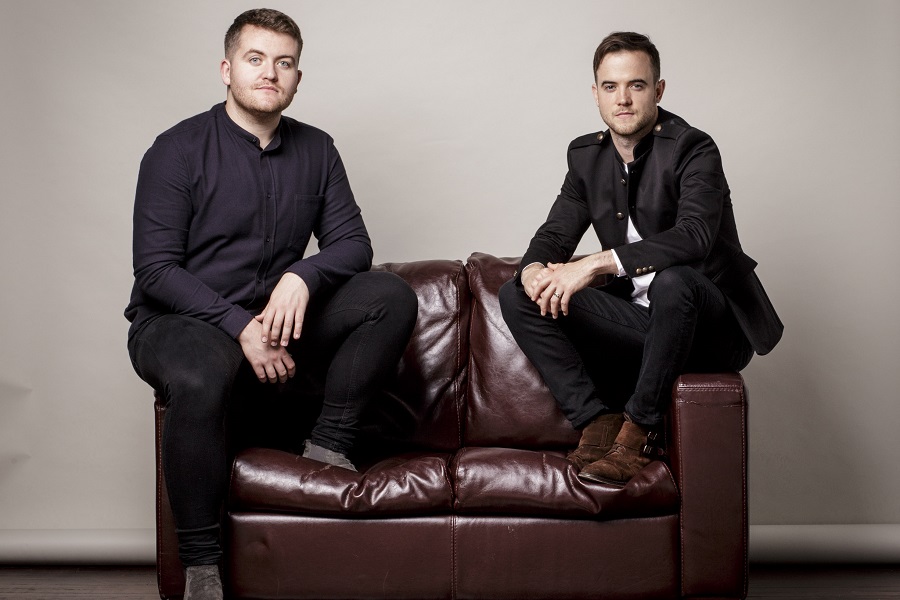 The 2016 Irish viral video stars are back with their brand new release ‘Safe & Sound’ fresh from signing with Liffey Records. The track was written by the guys and has a hook that will have you singing along.

Glenn and Ronan have spend much of 2017 writing and recording their forthcoming debut album which is due for release February 23rd 2018.

Like many of today’s artists, singers Glenn Murphy and Ronan Scolard made their first foray into the public eye through social media, posting videos to YouTube. Feedback was very positive but nothing could quite prepare them for the whirlwind to follow after posting a video performing a medley of Adele songs.

The clever arrangement of the tracks combined with their two incredible and contrasting voices quickly got noticed. Within hours the video had been shared on a couple of major news sites and by the end of that first day had clocked up over a million views.

They realised something extraordinary was happening was when they then received a message from Ellen DeGeneres asking them to fly to USA to appear on her chat show! Following the broadcast, with their video views rising each day, the guys posted to their ever-growing social media base about their excitement at going to see Adele in concert in Dublin. Unknown to them, Adele was already a fan of the video, and their voices, and when she saw they were coming to the show arranged a little surprise for them. Towards the end of the show she called them up on stage to perform the medley…which they did, in front of an ecstatic Irish audience.

That kicked the media frenzy into an even higher gear and the two guys were inundated with all sorts of crazy requests and offers. However, they kept their focus and set about creating their own sound, spending the last eighteen months writing, recording and touring.

The fruits of that work will see the light in 2018 with the release of their debut album.