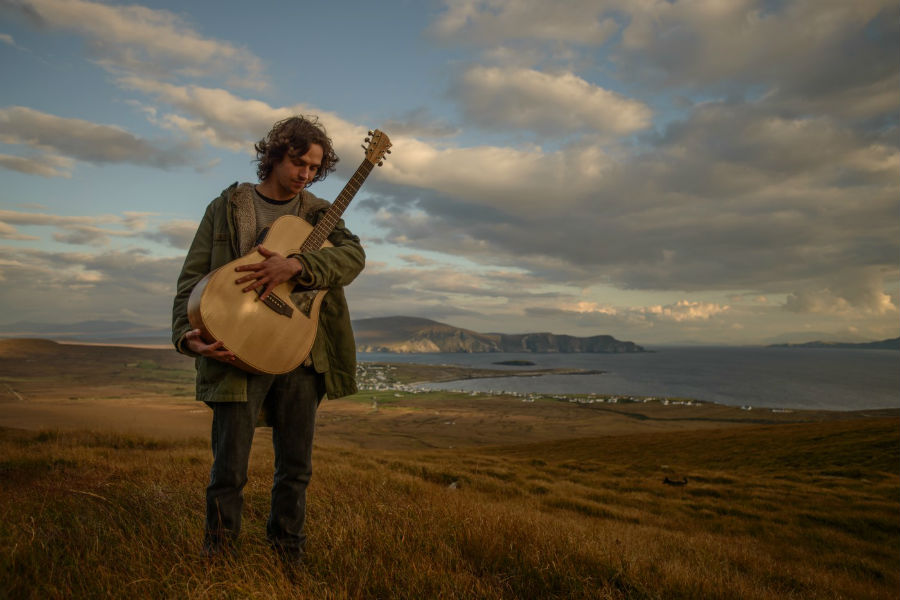 As a child Graham discovered his father’s vinyl collection containing some of the great names of the ‘60s and ‘70s – Pink Floyd, John Martyn, Jethro Tull, Planxty and Supertramp. This music helped mould his unique alternative folk style.

The history and dramatic landscape of Achill Island has also had a strong impact on Graham, informing his work both poetically and visually.

“Achill has definitely shaped all of the tracks on the album. The landscape and surroundings have had a huge part to play in my music and lyrics. There are many great songs about the streets of famous cities and towns, for me, it’s more about space,” says Graham Sweeney. “The ocean, the mountains, wind, sun and rain shaped these songs”.

His birthplace combines his three passions; music, surfing and vintage VW’s which he has been restoring since the age of 12: these elements are the cornerstones of his music career.

“I was unaware when I trained in the motor trade that I was being welcomed into a global family of VW enthusiasts which in turn led me to travel, surf and perform with musicians while traveling through Ireland, Europe and North and South America”.

Graham has toured and performed extensively, appearing at festivals including Electric Picnic, Another Love Story, Vantastival and many more.

Declan is a huge fan of Graham’s work, describing him as: “A very talented, original young songwriter with all the trademarks of a great career ahead”.

Single, ‘The Quiet Man’, was given it’s Irish radio premiere by Fiachna Ó Braonain on RTÉ’ Radio One and has since been playlisted by PLAYIRISH and been picked up by national and local radio stations. It is released on Friday 17th January.

Graham has been chosen to perform at the annual Culture Ireland Emerging Talent Showcase at Tradfest 2020 on Friday January 24th.