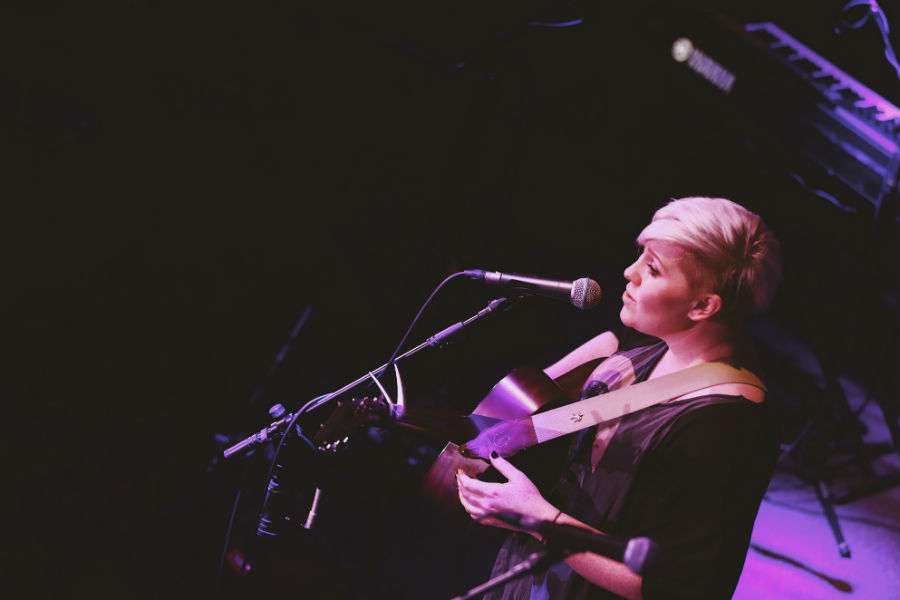 “Please don’t mess up, please don’t mess up,” Gráinne Hunt repeated to herself in a Nashville studio last autumn. The Monaghan native was in town to record her soon-to-be-released album ‘This Secret’ with veteran Nashville musicians, and as it turns out, she needn’t have worried. In the end, the whirlwind session, which saw Hunt record eleven tracks in just under three days “just felt really easy,” she muses. “I’d never recorded like that before, but it was an incredible way to do it – and a lovely way to catch a snapshot of a moment in time.”

The album, Hunt’s first full-length LP, is a long time coming. “I’ve been working on these songs for ages, but it was only recently that I had time to record it!” It has certainly been a busy few years for the singer. After completing a degree in Music at NUI Maynooth, she jumped full-force into the Dublin music scene, where she gained a reputation as an outstanding vocalist, touring internationally with Mark Geary and Kíla, and sharing stages with Glen Hansard, Liam Ó Maonlaí and Damien Dempsey. Then there was her first solo release, 2015’s ‘Firing Pin’, an EP co-written with James Cramer which garnered its own share of acclaim, with critics calling it “breathtakingly beautiful” (Dan Hegarty, 2FM) and a release “hewn out of a subtle, special talent” (Tony Clayton Lea, Irish Times). 2019 brought still another album, when she joined forces with fellow NUI Maynooth classmate Brendan Walsh to release ‘Songs from Ireland’, a collection of traditional songs performed in Irish and English. The crowd-funded album met its goal less than a week into the campaign, and led to sold out gigs at The Cobblestone in Dublin, and Kilkishen Cultural Centre, amongst others.

Throughout this period, Hunt continued to tour new material, leading to an impressive array of solo shows, including two nights opening for Gladys Knight at Dublin’s Olympia Theatre, Eagle Eye Cherry, and a festival appearance at Glastonbury.

The time it took to hone the songs that would make up ‘This Secret’ was clearly well spent, however. On each track the confident mastery of Hunt’s vocals belies the tumultuous experiences that inform her lyrics. Lead single Breathe describes the decision to give “someone enough freedom to bring about their own downfall, through their own foolish actions” while fighting the instinct to save them. The song has already garnered airplay on RTÉ Radio 1, KCLR, and Radio Nova, with Radio 1’s Ruth Smith calling it “really true” with “beautiful vocals,” and Fiachna Ó Braonáin exclaiming, “What a beauty!”

Hunt’s next single, ‘Let Go’, will premier September 6th, with ‘This Secret’ scheduled for release September 20th. A full national tour is planned, with international dates to follow.