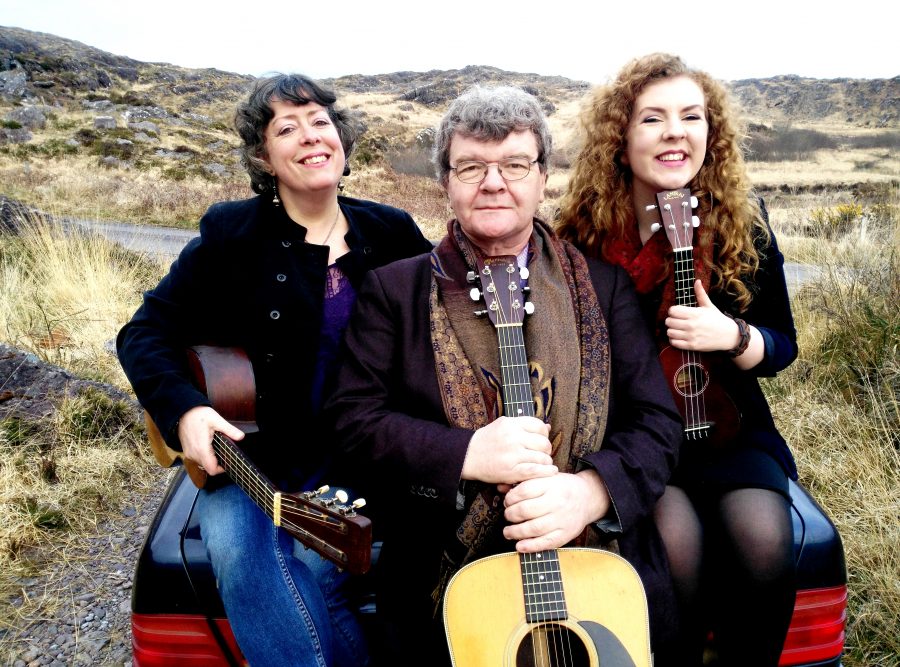 Noel Shine and Mary Greene have long been an important element of the folk music scene having released numerous critically acclaimed albums as well as appearing as session singers and players on the recordings of many other artists including Christy Moore, The Republic of Loose and John Spillane.

“I loved this album instantly and have been listening to it constantly. I love the choice of material, especially Mary and Noels’ own songs,” Sharon Shannon

Now with the addition of daughter Ellie Shine to the mix they form the trio Greenshine. Ellie brings a fresh, new voice to the concert stage and airwaves and the close family harmonies they produce are a big feature of their set. Following on from the success of their single and album ‘The Girl in the Lavender Dress’ (No. 1 in the iTunes Ireland Singer-Songwriter Chart, third most played Irish song of 2016 on RTE Radio1) they bring you ‘Dandelion Seed’, a song about the endurance of love and the foundation and strength it brings.

To support the release of ‘Dandelion Seed’, Greenshine will embark on an extensive tour including: