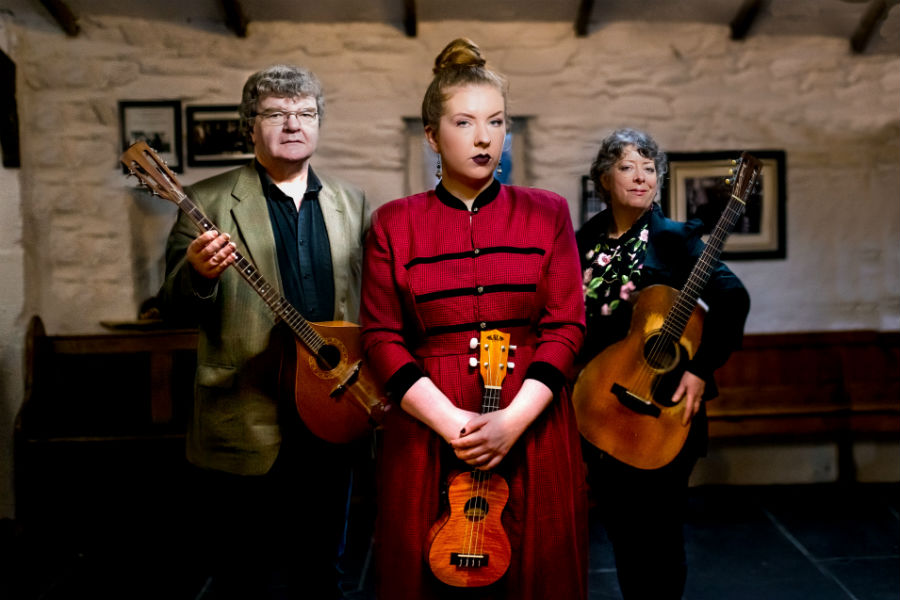 In the summer of 2019, Cork family trio Greenshine released their third album, the critically acclaimed ‘Family’. The world was their oyster as praise flooded in. It was made Record of the Week by Eve Blair on BBC Radio Ulster, and Album of the Week by Martin Bridgeman of KCLRFM. Greenshine were invited to perform on RTÉ’s Today with Miriam O Callaghan and track after track reached the top of the RTÉ Radio1 Airplay chart.

The first single taken from the album, ‘Dandelion Seed’ emulated it’s critically acclaimed predecessor ‘The Girl In The Lavender Dress’ by reaching No1. Subsequent singles ‘The Good Is Gone’ and ‘Brother’ reached No2.

With a string of sold out shows in concert spaces the length and breadth of Ireland all through the summer and autumn of 2019, the stage was set and the diary was full for 2020. It was to be Greenshine’s year!

The band managed to squeeze in two sold out shows at The Triskel Arts Centre for The 41st Cork Folk Festival in between lockdowns and were interviewed and asked to perform three songs on TG4’s Current TV Series “CORK FOLK FESTIVAL 40th ANNIVERSARY”  –https://www.facebook.com/watch/?v=3255864787846230

Now, with the ups and downs we all face on the rollercoaster that is 2020, Greenshine wanted to revisit ‘Family’, take care of what felt like unfinished business by bringing the album back into the light and giving it the chance that circumstances took away. What better way than to release the happiest and most upbeat song on the album – ‘Don’t Mind If I Do’. Here is a song that speaks to the longing we all have for close human contact, happy-go-lucky times and love. ‘Don’t Mind If I Do’ is a little bit country, a little bit rock and everything you might like to say to a potential soul mate.